'Lala I'm Sorry': Haris Rauf Apologises To Afridi After Dismissing Him For Duck

Right-arm fast bowler Haris Rauf caught the limelight during the second Eliminator of the ongoing Pakistan Super League between Lahore Qalandars and Multan Sultans after he apologised to Shahid Afridi after dismissing him for a first-ball duck. 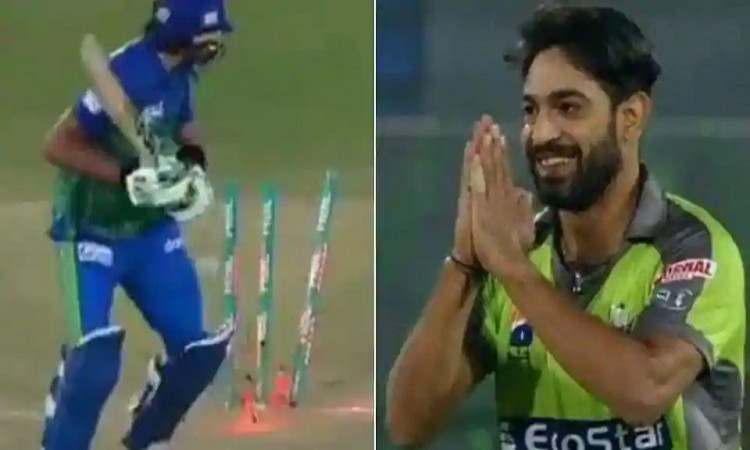 On Sunday, Afridi, playing for the Sultans, came into bat in the 14th over as they were chasing 183 to seal a spot in the final at the National Stadium. However, the big-hitting all-rounder couldn't stay long at the crease as Rauf castled the former Pakistan skipper for a first ball duck with a beauty on the fifth ball of the over.

As soon as the in-swinging delivery sneaked through Afridi's legs and hit the stumps, the pacer apologised to Afridi with folded hands.

"LALA I'M SORRY," the Twitter handle of PSL shared the video of the incident.

Later on, Rauf explained that he had decided on the gesture as Afridi was a senior player.

Rauf picked up three wickets for 30 as Qalandars won the match by 25 runs and set up a final showdown with Karachi Kings to be played on Tuesday.

The 27-year-old has so far represented Pakistan in two ODIs and eight T20Is, picking up 1 and 11 wickets respectively.