Kyle Jamieson Wants To Add More Pace In His Bowling 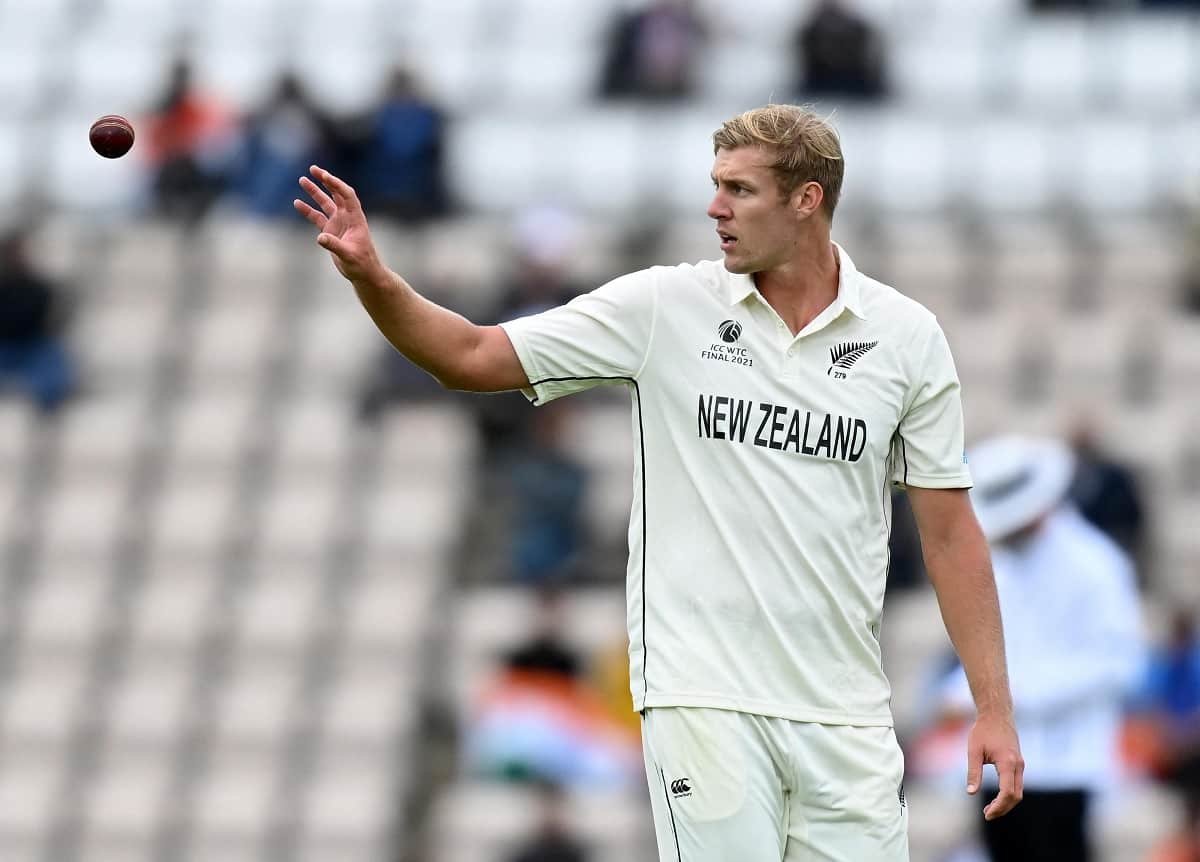 "It's a pretty good era for New Zealand cricket. From my time, in a short period of time, we have started winning games a lot quicker and we as a collective are trying to take 20 wickets. If you take 20 wickets, someone takes five, doesn't really matter. It's about trying to win games of cricket," said Jamieson in an interaction on Baz and Izzy Breakfast show on SENZ radio.

The 26-year-old praised efforts of the new ball pair of Southee and Boult and added that there is no competition among members of the four-pronged pace attack featuring him, Neil Wagner, Trent Boult, and Tim Southee.

"You have seen Tim and Trent. Those two have been doing the job and have done it long before I arrived. And yeah, we have been going all right and the pack is doing all right which is imperative."

Jamieson, who was adjudged player of the match in the inaugural World Test Championship final against India in Southampton in June, has expressed his wish to bowl quicker.

"Where I was during my first international game and where I am now, there has been a bit of an increase. In my mind, I want to get a little bit quicker. But it has to come about in a natural way and not losing some skill sets that you have got at the moment."

The 26-year-old is careful about not putting his body through extra stress. "I am looking at guys around the world, at the top end of the bowling and also the ones hitting the 140 (kmph) mark. Certainly, some of that I would like to be but just trying to do it in the right way so that I don't put extra stress on my body and end up sitting down for a while."

Jamieson will be next seen in action for Royal Challengers Bangalore in the second half of the IPL 2021 in UAE. They will face Kolkata Knight Riders in Abu Dhabi on September 20. The franchise is third on the points table with five wins from seven matches.