KXIP vs MI: We Fought Every Ball Every Inch: Kumble

Kings XI Punjab's(KXIP) win against Mumbai Indians(MI) will go down into the history books as the two teams played two super overs. Such a thing happened for the first time in the cricketing records when two teams had to play a second super over since the first one also got tied. 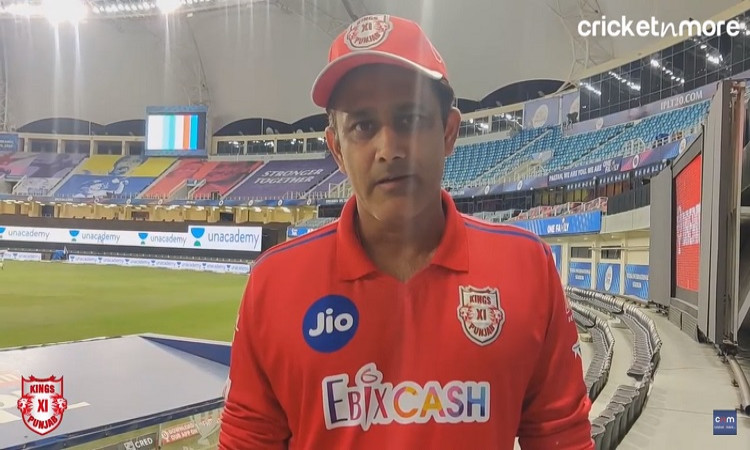 Speaking about the historic match, Kings XI Punjab head coach Anil Kumble told that they had a chat about last ball finishes in the team meeting before the game but never expected it to be three times in the same match.

Talking about the performance of the team, Kumble said that he was proud of the way the team played. He mentioned Mohammed Shami, KL Rahul, and Chris Gayle for their impactful contributions to win against a team like MI.

"Like I mentioned previously, the tide had to turn. In the last game against RCB, we crossed the line and this was a serious game against one of the top teams, the defending champions. To come out there to sort of do what we did was amazing. Very proud of the way the team played Really proud of the way Shami bowled that over to defend six runs and of course the universe boss hitting that first ball six. KL batted brilliantly, the bowlers bowled really well to restrict Mumbai to 170," observed the head coach.

Further, the 49-year old said that it was a satisfying victory as the team fought every ball and inch.

"Really satisfied with the way we played and fought every ball every inch. And this is what you want, results sometimes go the other way like how it happened in the first couple of games but today it went in our favor so really happy with it," felt Anil Kumble.