Ace Chinaman bowler Kuldeep Yadav was part of India's recent series victories over Australia and England, traveling with the team in the bio-bubble. 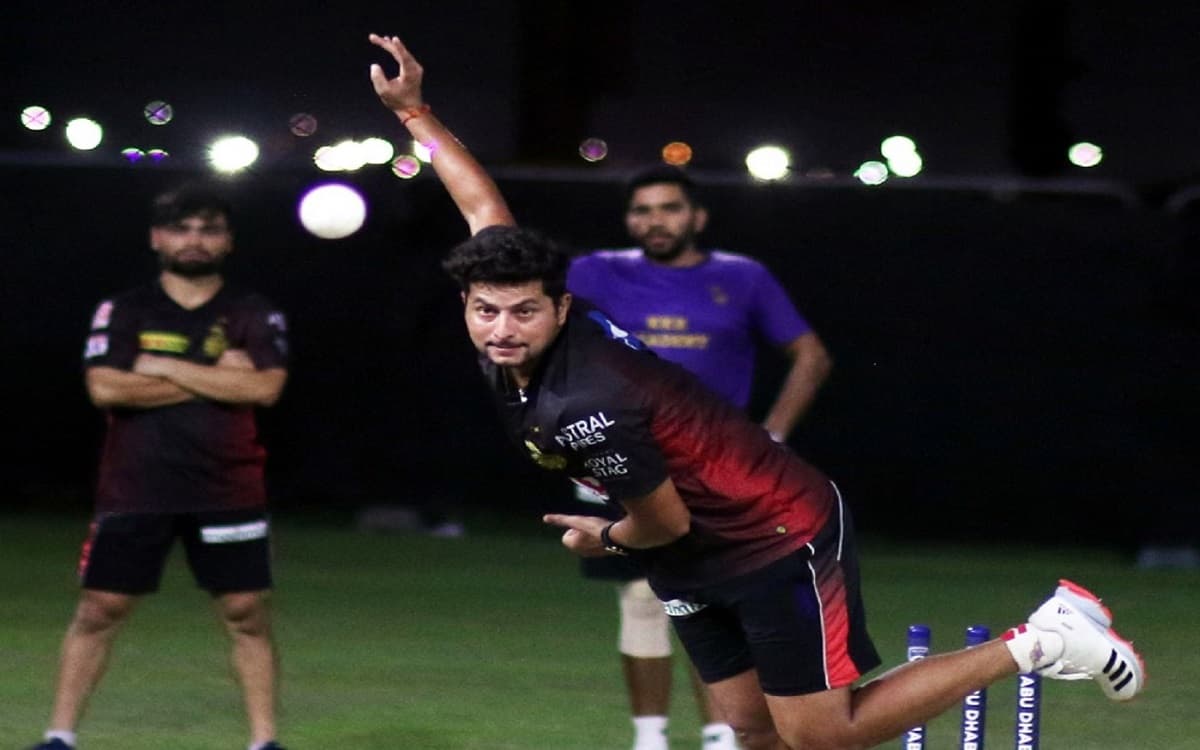 The one-time trump card of skipper Virat Kohli was, however, pressed into service on very few occasions both by India and his franchise Kolkata Knight Riders in the IPL over the last seven months.

He played only one match in Australia, an ODI, and then played one Test and two ODIs during England's tour of India. He hasn't played a single T20 since the IPL last season when he played just five matches for KKR.

That, however, doesn't disappoint him, he says. The 26-year-old, who spent three-four days with his family in Kanpur after the England series even as he worked on a few things at nets with his long-time coach ahead of the forthcoming IPL, spoke to IANS about the past few months and the forthcoming IPL.

Excerpts from the interview:

Q: What are your plans for IPL?

A: The IPL will definitely be challenging because it is a T20 format and the games happen frequently. I have to keep myself prepared so that whenever I get a chance, I can perform. I have worked on a few things after the [recent] series [vs England] and I will keep my focus on those things. Accuracy, putting the ball in one place, is very important.

Q: How different will T20 bowling be from bowling in ODIs and Tests? You have played only these two formats for India recently...

A: It is all about quickly adapting to the situation. You have to bowl as per the situation and bring in changes quickly. Using the angles will be very important. I worked on all these things under [longtime coach] Kapil [Pandey] sir when I was home for the last 3-4 days .

Q: You didn't get to play much in recent times. How tough it is to stay motivated while being on the bench?

A: It is simple [motivating yourself]. As a cricketer, you want to play and you always think that you are going to play. But the circumstances don't always allow you to play. Often, the team's demands are different, and the combinations required for different matches are also taken into account. But it doesn't matter much to me. Because you shouldn't think much about what is not under your control. And I don't think much about it.

I want to play for the team. But I also have to think about the team. If you are able to contribute to the team or there is a requirement for you, then obviously you get to play.

But if there is no place and another player who fits the bill plays, then that is also good. I was never worried about it [not being able to play]. I have a lot of self-belief. I was bowling very well too. I kept egging myself on and kept my confidence level high.

I wasn't too worried and never went into depression. But the team management was always clear - whatever decision they took, they took it after talking to me. If you perform you are happy, if you don't get to play then that is also a part of the game. You just keep working hard.