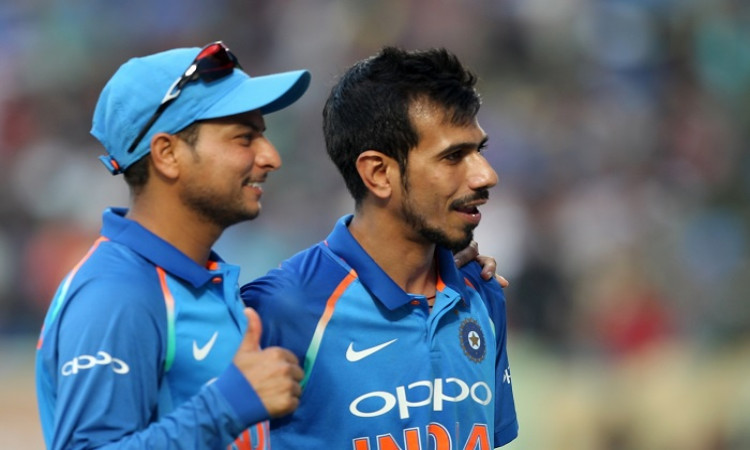 New Delhi, Sep 25: Ahead of the T20I series against South Africa, India skipper Virat Kohli had made it clear that he would be looking to increase the batting depth of his team in their preparation for next year's World T20 in Australia. He dropped the premier wrist-spinning duo of Kuldeep Yadav and Yuzvendra Chahal for the three-match T20I series against West Indies as well as South Africa.

Kohli has shown an inclination to build a team where his players can bat up till No. 9 and 10. But the question that comes to mind is whether a team really needs such a deep batting line-up in a 20-over encounter?

While Team India prevailed comprehensively in the Caribbean Islands, their performance against the young Proteas side led by Quinton de Kock raised a few eyebrows.

The big question was whether the inclusion of bits and pieces players had weakened the bowling department, an area which has shown immense improvement in the past three-four years and is counted among one of the bests in world cricket.

A look at the stats of the Indian bowlers who played in the last two T20I series shows that Washington Sundar, who was one of the three spinners included in the T20I side, picked up just two wickets in the five matches he has played against West Indies and South Africa since the 50-over World Cup. Also, in the last five matches, he has got two opportunities to bat in which he has scored 12 runs.

Coming to Krunal Pandya, like Sundar, he has also featured in all the T20I games (five) against the West Indies and the Proteas and managed to pick just three wickets. When it comes to his batting, Krunal came to bat three times in the last five matches he played for India and has scored 36 runs.

Ravindra Jadeja, who has played four matches out of the five T20Is played by India against West Indies and South Africa, has scalped two wickets in the four innings he bowled.

On the other hand, both Kuldeep and Chahal have been instrumental in India's success in T20Is in the past couple of years.

While Kuldeep has scalped 35 wickets in the 18 matches he has played, having an economy rate of 6.72, Chahal has taken 46 wickets in 31 matches he has played for the Men in Blue in the shortest format of the game. Though, his economy is on the higher side -- 8.00 -- his ability to pick wickets at crucial junctures of the game is what makes him a vital cog of the Indian bowling line-up.

Going by the above figures, it is clear that in the process of strengthening their batting, the Indian team management has somewhat compromised on its bowling department by not playing their premier bowlers, who have the capability of winning matches on their own.

Thus, it will be interesting to see whether the duo of Virat Kohli and Ravi Shastri stick to their planning of increasing the batting depth to No. 9 and 10 in the coming days or they go back to their premier bowlers who can wreck havoc on any batting unit on their day.