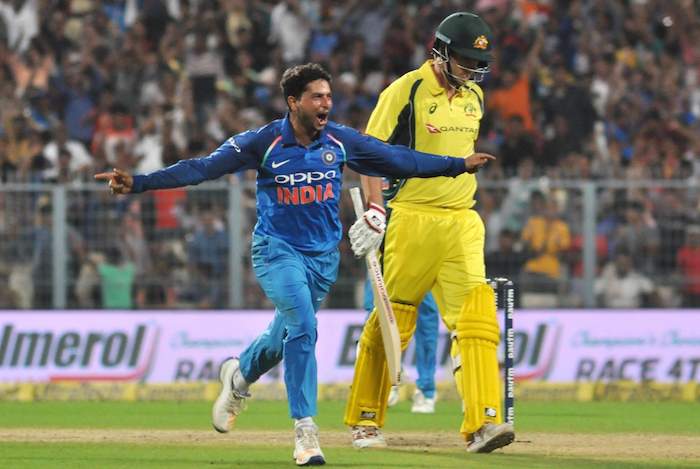 "It is a nice thing that we do not feel the pinch of not having two experienced spinners on our side, because our newcomers are performing very well," Sehwag told India TV.

Kuldeep Yadav had clinched a hat-trick in the second One-Day International (ODI) against Australia in Kolkata on Thursday.

Sehwag praised Kuldeep Yadav's hat-trick, but added: "He must bowl according to his field placings, because in the second ODI, he gave away too many runs during his spell."

The former explosive batsman also praised Yuzvendra Chahal, pointing out that he is often the go-to-man for India skipper Virat Kohli.

"Chahal has the advantage of bowling on wickets like Bengaluru during the IPL matches. Chahal plays for Royal Challengers Bangalore, which is captained by Virat Kohli," he said.

"So whenever there is a crisis, Kohli hands over the ball to Chahal."

Sehwag felt that overall the Indian team appears to be strong, but the middle-order seems to be the "weak link".

"The middle-order did not perform well in the first two ODIs, and captain Kohli needs to change the batting order. Manish Pandey and Kedar Jadhav should take advantage of the chances given to them, otherwise both have been flops till now," he said.