Manchester, July 28: West Indies opener Kraigg Brathwaite's name will always crop up whenever people talk about the heroics of veteran England fast bowlers Stuart Broad and James Anderson. Not only is the duo the only Englishmen to scalp 500 wickets in the longest format, but also their respective 500th wicket is Brathwaite. 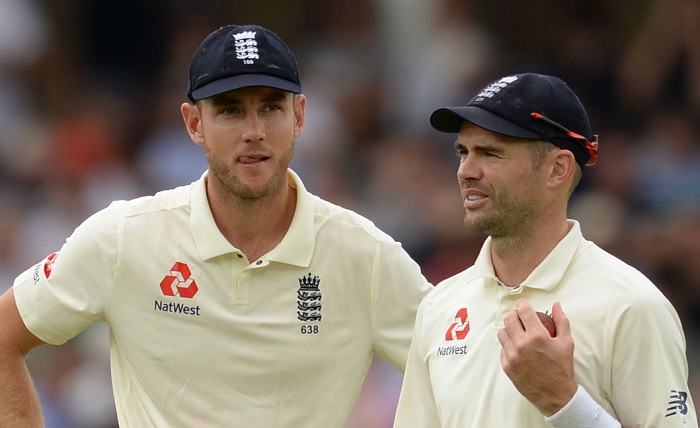 Anderson achieved the feat in front of a packed house at Lord's during the 2017 series while Broad had to be content with just doing the same in front of empty stands at Old Trafford on Tuesday.

Brathwaite was comprehensively castled by an Anderson scorcher that helped the latter enter the record books while Broad trapped the the right-hander LBW.

Former England captain Andrew Strauss lauded the two veterans' longevity and stated their hunger for the game has been nothing but extraordinary.

"For all of us, let's write [Broad and Anderson] off at our peril and let's not be in a hurry to pension them off, because they have both got a lot more to offer England," Strauss told reporters as per Cricbuzz.

"They are two of England's greatest of all time. What has really impressed me with both of them is their hunger to continue. Anyone who has played for England for a long period of time will know there is a lot of sacrifice.

"You're away from home a lot and certainly as a bowler you have to do more physical work and do all the rehab work to make sure you are ready to go. For two to be so hungry is extraordinary," he added.