Kotla has been slow, will prepare accordingly, says Mike Hesson 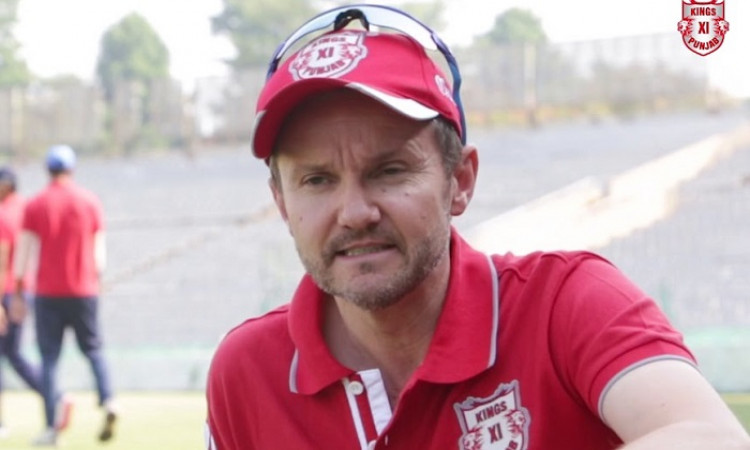 New Delhi, April 19 (CRICKETNMORE):  With Delhi Capitals making a mess of their chase against Mumbai Indians on their home ground, Kings XI Punjab walk into the game on Saturday with renewed confidence and coach Mike Hesson feels that the team has studied the wicket at the Kotla and will plan accordingly.

"For us, it is our ability to adapt to conditions. We have been okay away from home, just haven't been across the line. The surface (at the Kotla) has been pretty consistent on how it has been on the slow side and we will prepare accordingly," he explained.

But there are injury issues for Punjab as both Mujeeb ur Rahman and Varun Chakravarthy are injured, but the coach said that the Afghan spinner has made good progress and a call would be taken after Friday's training.

"Mujeeb has made good progress and he will train with us and then we will decide. Moises Henriques has an injury issue. Varun too is injured and we haven't seen the best of him this season. But you can't have replacement after seven games so no replacement can be asked for," he said.

Asked if the team will miss out if those two aren't fit for the game on Saturday, Hesson said: "If none of the two play for us tomorrow, it will be a big loss. But Murugan Ashwin has done well."

Going back to the first time these two teams met in this edition and KXIP snatched victory from the jaws of defeat, the coach said: "As for the previous game, it says that you are never out of the game and the boys will definitely keep that in the mind as that was a big win for us."