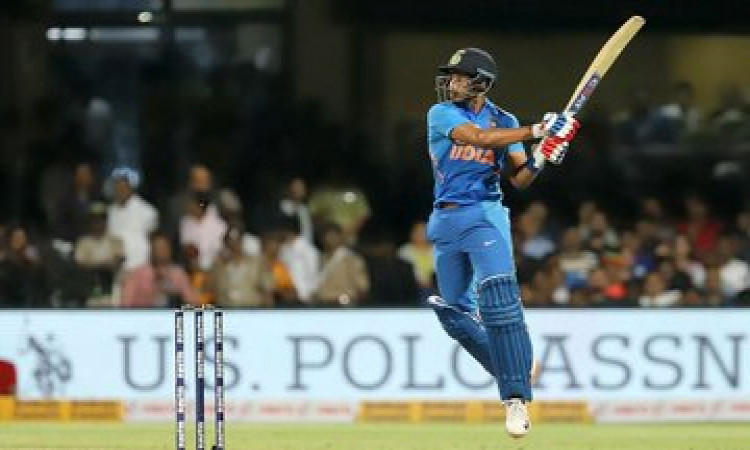 Auckland, Jan 26:  Shreyas Iyer feels Virat Kohli's way of chasing down totals has taught him a lot and that is something he wants to follow after helping India win by seven wickets against New Zealand here in the second T20I on Sunday.

Iyer, India's No. 4 batsman, scored a 33-ball 44 as India took a 2-0 lead in the five match series. K.L. Rahul top-scored with an unbeaten 57 as the pair shared a 86-run stand for the third wicket after Kohli and Rohit Sharma departed. India chased down a target of 133 easily with 15 balls to spare.

"I personally feel that you have a fair idea how many runs you are going to chase and at what run-rate you have to chase them. Virat Kohli is the perfect example when he goes out to bat and the way he plans his innings. I learn a lot from him personally, the way he grinds out and he tries to finish the game. That's the best part about him," Iyer said after India took 2-0 lead in the five-match series.

"I also learn from Rohit Sharma, whenever he's given an opportunity, he makes the best use of it. All these amazing characters in the team set a really good example for us youngsters.

"There's a lot to learn from them and that's what I try to apply whenever I go out there. I think that I have to stay not out and it really helps me grind throughout that middle period and when the time comes, I take on the bowlers. That's how you plan your innings when you are chasing," Iyer said.

Iyer also stressed the importance of batting for long periods which is key for a middle-order batsman.

"I have realised playing so many matches that as long as I stay on the wicket, I tend to see the ball really well and I can take on the bowlers," he said.

On the modest target, he said: "It makes you feel a little composed while chasing 130 because at the back of the mind, you know that you have to maintain a run-rate of about 7.

"And at the same time, you curtail the risk as well. It was very important for us to keep at the back of the mind that we need to keep rotating the strike and when the time comes, we need to take charge on the bowlers."