India captain Virat Kohli has been dismissed only four times in the seven limited-overs matches during England's ongoing tour of India. On three of those occasions, he has fallen to leg-spinner Adil Rashid. 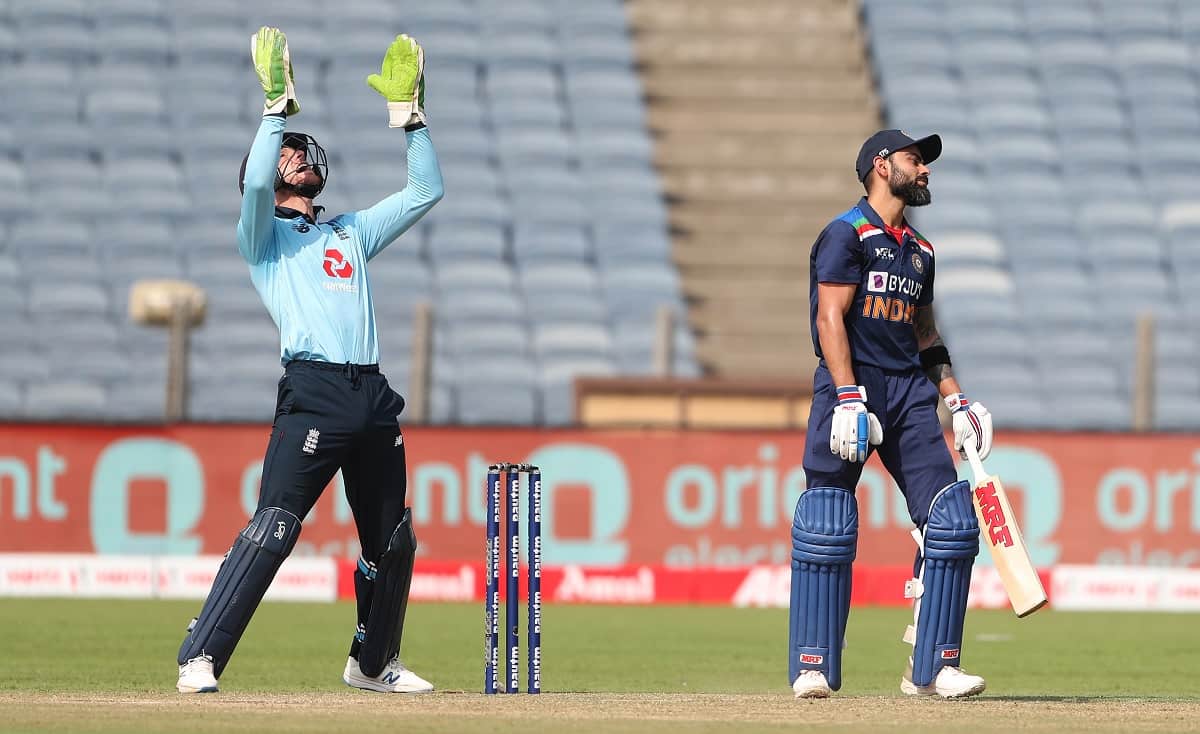 On Friday, Kohli (66) fell to Rashid while trying to play a cut shot and edging his leg-break to wicket-keeper Jos Buttler.


IND vs ENG: Wanted To Neglect People Bringing You Down Said KL Rahul

The England spinner has had the better of the talismanic Indian batsman despite being at the receiving end of the some of other India batsmen at times.

Though Kohli has tried to score against wrist spinners and always tried to be attacking, he has also fallen to them.

"We basically found that Virat finds leg-spinners hard to line up early in his innings," Australia leg-spinner Adam Zampa had said in January 2020 when the Aussies had toured India for a limited-overs series. In that three-ODI series, Zampa had got him out twice.