Captain Virat Kohli finally ended his run of low scores with an unbeaten 72 off 53 balls as Royal Challengers Bangalore (RCB) beat Rajasthan Royals (RR) by eight wickets at the Sheikh Zayed Stadium in Abu Dhabi on Saturday. RCB ended their innings on 158/2 with five balls remaining after RR scored 154/6. 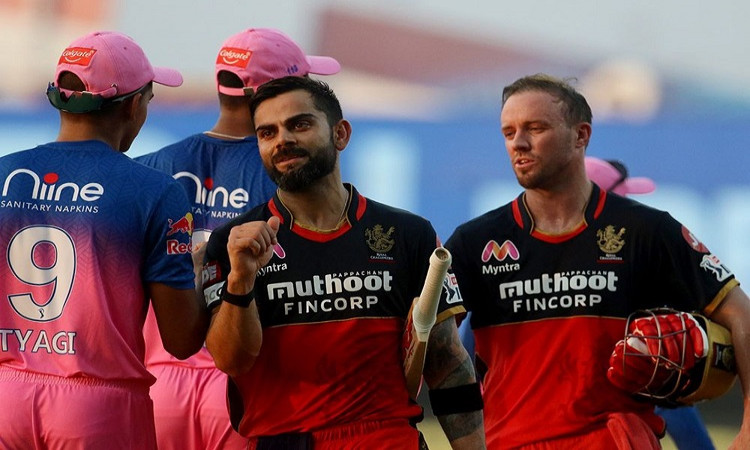 RR struck early with the wicket of Aaron Finch in the third over but Kohli gave the company at the other end as Devdutt Padikkal's (63) aggression kept RCB on track. The 20-year-old, who had scored 56, 1, and 54 in matches before Saturday, continued his run of form as he closed any window of opportunity RR may have seen after the dismissal of Finch.

Padikkal and Kohli put up 99 runs for the second wicket before the former fell to Jofra Archer in the 16th over. By then, however, Kohli had broken the shackles that had held him down and reached his first half-century of the season. AB de Villiers joined Kohli in the middle and the pair saw RCB through to their third win on the trot.