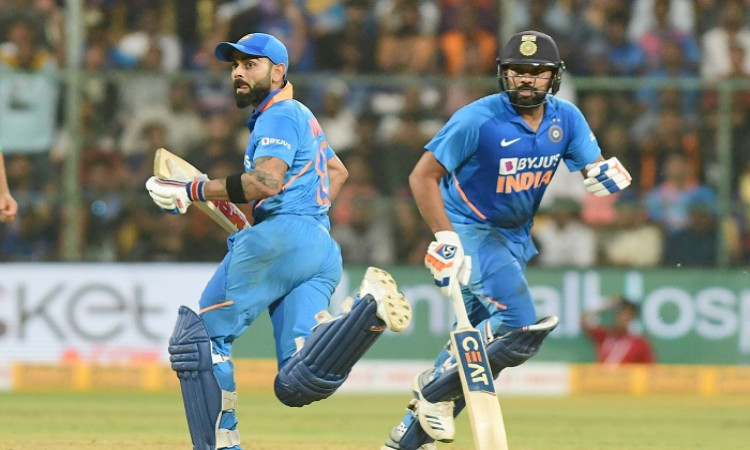 Dubai, Jan 20:  India skipper Virat Kohli and limited-overs deputy Rohit Sharma continue to lead the way in the latest International Cricket Council (ICC) ODI rankings as they moved up by two and three ratings points respectively to strengthen their grip on the top two positions in the batting list.

The 2-1 series win over Australia also saw India retain their second position in the ODI Team rankings. The top spot in the team rankings is with world champions England.

Kohli is at the top of the ICC player rankings with 886 points while Rohit's 171 runs in Bengaluru took him to 868 points. On the other hand, Pakistan's Babar Azam is in the third position with 829 points. Having shown form in the series, injured opener Shikhar Dhawan also moved up by seven slots to reach the 15th position on the batting list.

All-rounder Ravindra Jadeja moved up by a couple of places to reach the 27th spot among bowlers after finishing with four wickets in the series against the Aussies. Former Australia skipper Steve Smith, who amassed 229 runs against India in the three-match rubber, has jumped to the 23rd place while opener David Warner has moved up one place to sixth. Captain Aaron Finch has moved up one place to 10th.

Boxing Day Test to stay at MCG if crowd can…