India captain Virat Kohli could be seen losing his cool over medium-pacer Shardul Thakur's slow reaction on the field during the third T20I against England at the Narendra Modi Stadium. 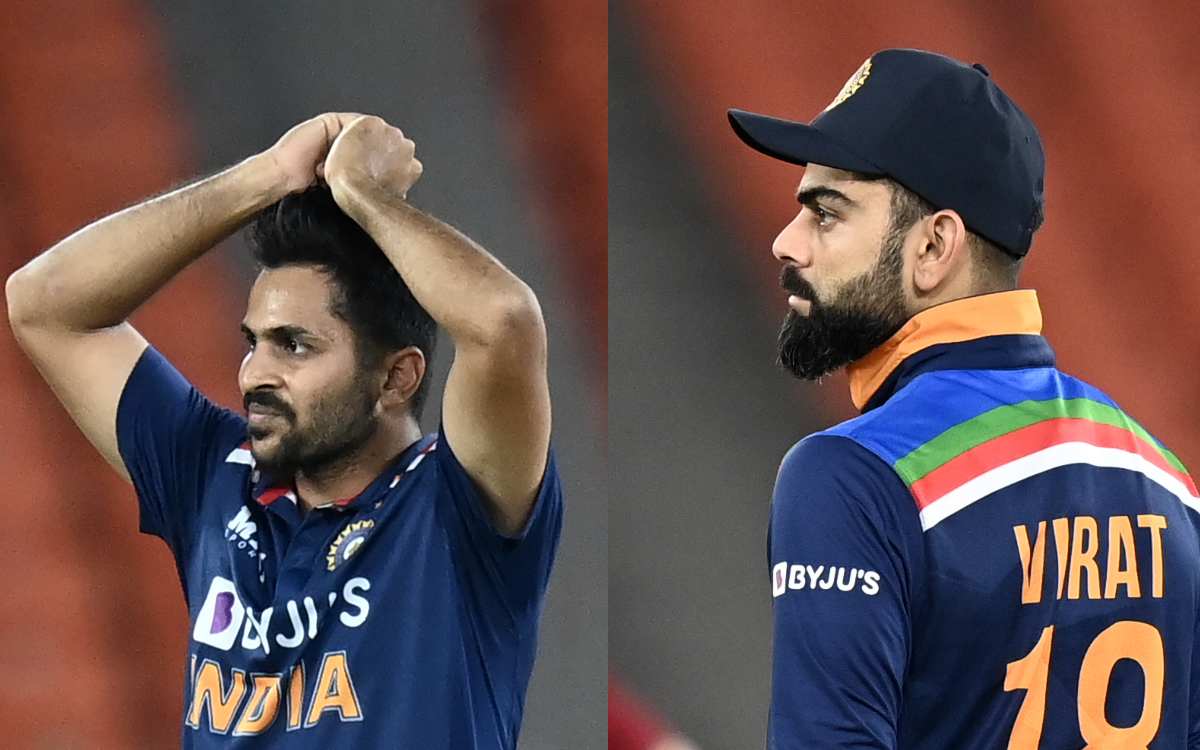 The incident happened in the 12th over when England's Jonny Bairstow played towards the leg side. Thakur was slow to react and when he got to the ball, he sent a throw that was far away from the stumps. It allowed England to take two runs comfortably.

Thakur could be seen gesturing apologetically towards Kohli and the latter was not too happy with the bowling all-rounder's effort.

India were defending a modest target of 157, after they were dragged to 156/6 by Kohli, who was unbeaten on 77 off 46 deliveries. England, however, hardly had any issues in the chase with Jos Buttler scoring an unbeaten 83 off 52 balls. Bairstow was not out on 40 off 28 and the unbeaten 77-run stand between him and Buttler helped England win the match by eight wickets with nearly two overs to spare.

England lead the five-match series 2-1 and the fourth T20I will be played on Thursday.