India batsmen KL Rahul and Virat Kohli have maintained their respective second and seventh spots in the ICC T20I rankings for batsmen which got updated on Monday. 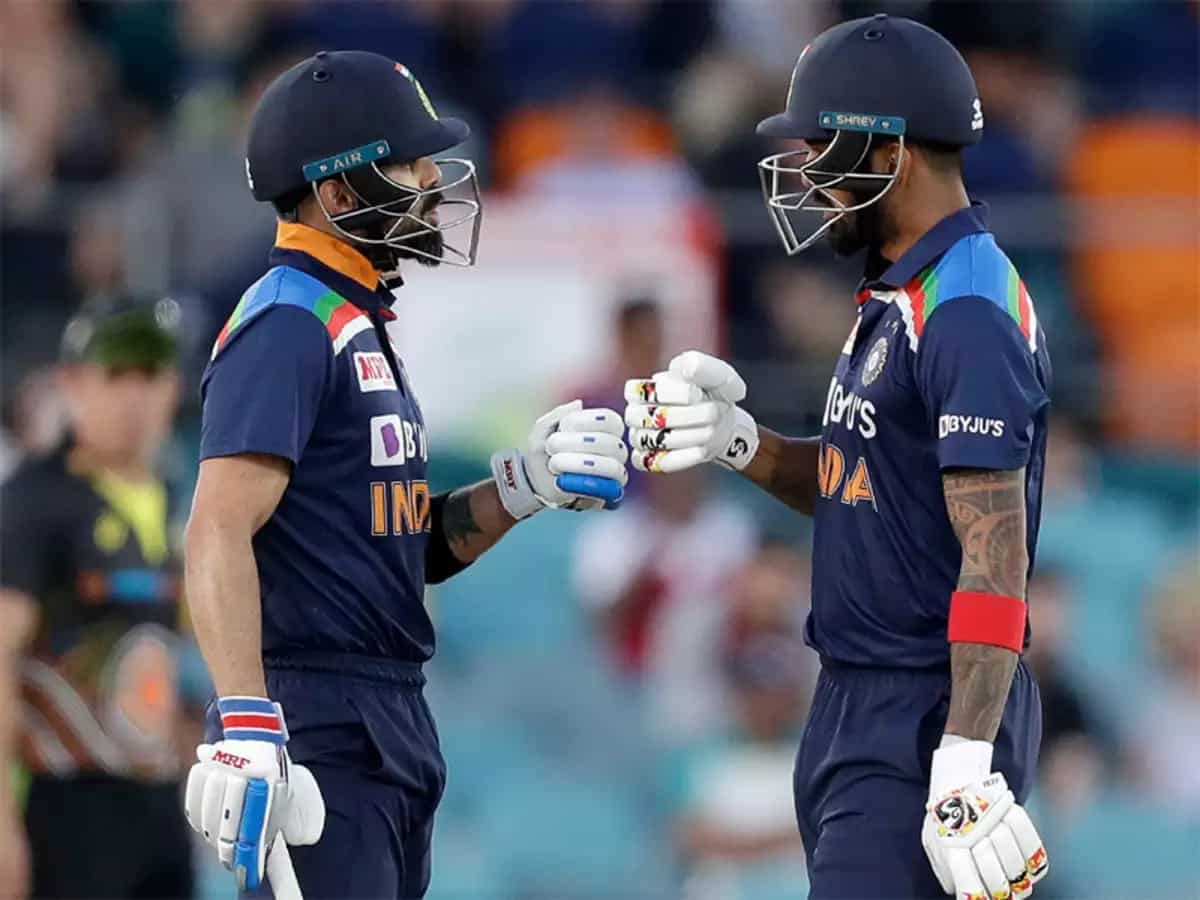 India are slated to take on England in five T20Is, following the culmination of the ongoing four-Test series, part of the ICC World Test Championship (WTC) and the duo will get a chance to gain some points.


Police Complaint Against Yuvraj Singh For Controversial Remarks Against Chahal

The rankings got updated following the culmination of the three-match series between Pakistan and South Africa which the Babar Azam led-side won 2-1.

South Africa spinner Tabraiz Shamsi has grabbed a career-best second position among bowlers while Pakistan wicketkeeper-batsman Mohammad Rizwan has raced to 42nd place in the rankings.

Shamsi's series-topping six wickets, which included a haul of four for 25 in the final match, helped the left-arm wrist-spinner overtake Australia's Adam Zampa, England's Adil Rashid and Afghanistan's Mujeeb Ur Rahman to within three points of top-ranked Rashid Khan of Afghanistan.