Kohli on cusp of becoming fastest to 20,000 international runs 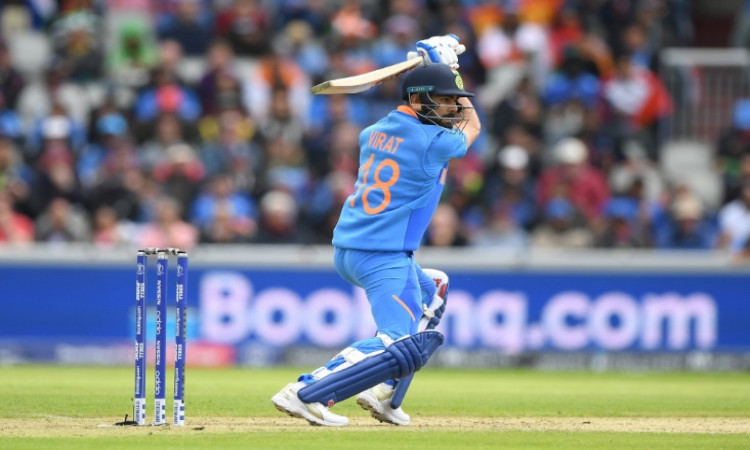 June 21 (CRICKETNMORE) India skipper Virat Kohli will have the chance to add another feather to his cap by becoming the fastest batsman to score 20,000 international runs when he takes strike against Afghanistan in their World Cup tie at the Rose Bowl in Southampton on Saturday.

Kohli currently has 19, 896 runs to his name and is just 104 runs short of the record that legendary Indian batsman Sachin Tendulkar holds together with West Indies great Brian Lara.

Tendulkar and Lara, both had reached the milestone in 453 innings, followed by former Australian skipper Ricky Ponting who scored 20,000 runs in 468 innings.

The 30-year-old run-machine has been in great form in the ongoing tournament. After getting out cheaply against South Africa in the World Cup opener, Kohli scored 82 runs against Australia and 77 against Pakistan.

Interestingly, during the innings against Pakistan at Old Trafford on June 16, Kohli also became the fastest batsman to score 11,000 ODI runs.