Kohli on another level, but would love to watch Rohit bat: Mohammad Kaif 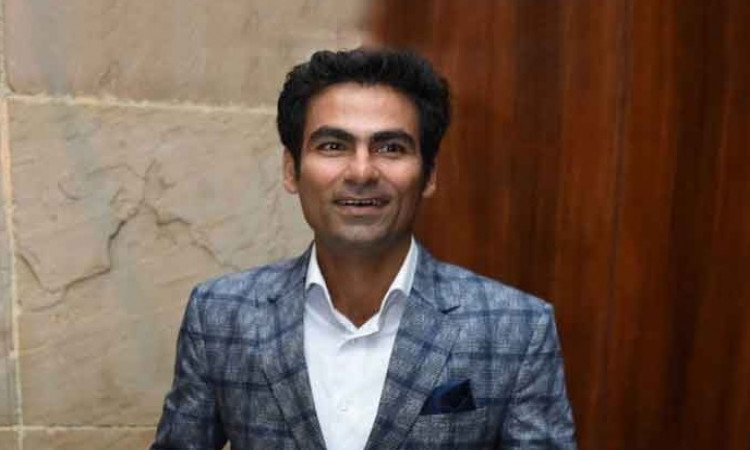 New Delhi, May 10:  If Mohammad Kaif is given a choice, he would watch Rohit Sharma bat over Virat Kohli in white-ball cricket, the former India batsman said on Sunday. Kaif went on to add that India skipper Kohli is on another level across formats.

"If you ask me, I will love to watch Rohit Sharma bat. Just to watch. Both have long careers ahead of them and both are exceptional batters. Virat Kohli is on another level. His record in Test matches is amazing. He is brilliant in ODIs and T20s too. But if I have the option, I would love to watch Rohit Sharma bat (in white ball cricket)," Kaif said on Sportscreen's YouTube page.

Also Read: Aim is to reach top-4 in both ODIs & Tests: Dimuth Karunaratne

"He has the elegance. He always has a lot of time at the crease. He never seems to be in a rush. He bats with ease. When he times the ball, it travels so fast. There are few batsmen who take you to the cleaners but you don't get to realise that he is putting in a lot of effort," said the 39-year old.

Kaif also recounted M.S. Dhoni getting run out while batting with him on the latter's ODI debut against Bangladesh in Chattogram in 2004, saying he deserves a little bit of credit too for Dhoni's rise as it prompted then skipper Sourav Ganguly to push him up the order against Pakistan in 2005 in Visakhapatnam where the dashing Ranchi cricketer smashed 148.

"Dhoni got run out on debut and then he did not get good scores. Now at No.6, No.7 you don't get a lot of chances to bat. So Ganguly promoted him up the order against Pakistan in the Vizag ODI. So I also have a hand in his rise," Kaif joked.

"I have seen Dhoni run between the wickets with me also. He has tremendous speed. I still consider him the fastest runner between the wickets in world cricket. The guy doesn't go to the gym. He eats butter chicken. He loves biryani. Still he has so much speed. It's unbelievable. I used to think I am the fittest. But he has natural fitness," said Kaif who played 125 ODIs for India and is rated as one of the best fielders the country has ever produced.

On the current India team's fielding, Kaif opined while the Virat Kohli-led side still does not have a complete fielder who has all bases covered, it is a much-improved unit with Ravindra Jadeja right up there.

"So all these things combined, you get a proper fielder. Now you will get a lot of good fielders. Indian fielding has improved a lot. But I still feel we don't have a complete package.

"Where you take slip catches, do well at short leg, at long on...that package is missing. But Ravindra Jadeja is brilliant and he is getting better with age.

"In slip fielding, the Indian team is a little behind, but overall...I see (Jasprit) Bumrah, (Mohammad) Shami, Ishant (Sharma) they have improved a lot. So fast bowlers doing well on the field has helped. You see Virat KOhli, Rohit Sharma is a good fielder. I still feel next level, package fielder is missing."

"He is a brilliant fielder. I have played with him for RCB in 2011-12 and he is a live wire. His training is top quality too."