Kohli most important man of Indian cricket, will support him: Sourav Ganguly 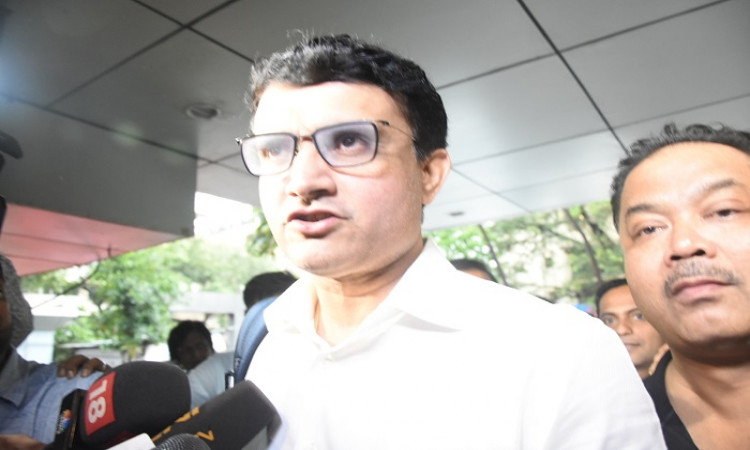 Mumbai, Oct 23: BCCI president Sourav Ganguly on Wednesday put his weight firmly behind skipper Virat Kohli, saying the captain is the most important person in the sport and he will get everything he needs to take the team to the pinaccle of success.

India whitewashed South Africa 3-0 in the just-concluded Test series to consolidate their place at the top of the ICC Test Championship.

Former India captain Ganguly, who officially took over as the BCCI chief on Wednesday, is slated to meet Kohli on Thursday for Bangladesh T20 series team selection.

"We are here to make the lives of the cricketers easier and not more difficult. Everything will be decided on the basis of performance."

Ganguly also stated that a Cricket Advisory Committee (CAC) is needed to make key decisions but added that the Conflict of Interest is an issue which they will have to be aware of.

"Conflict is still an issue. CoA status report has addressed the issue. Still don't know when it will be solved and heard. We have to create the CAC. They will appoint a lot of selectors and others which are important part of Indian cricket so. We will make sure they don't have any conflict of interest," he said.

Ganguly also hoped to make BCCI corruption free, having called the period before him as an 'emergency situation' before.

"It's an honour that I've been asked to take over as president. It's a new role. When I took up captaincy it was similar. I'll do it the way I know with no compromise on credibility and will work towards a corruption-free environment. That's the way I lead India. I'm working with a very young group. We'll have to work extremely hard," he said.