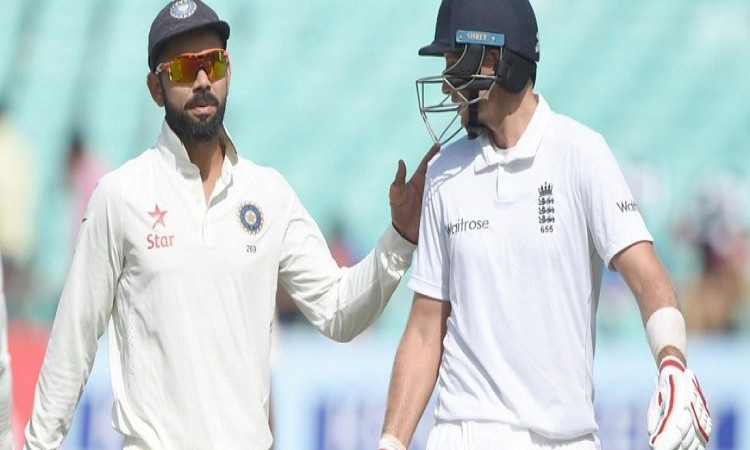 Root said he didn't consider himself in the top bracket of batsmen, including Australia's Steve Smith, and New Zealand skipper Kane Williamson.

"I try not to measure myself against other players. But I do watch a lot of how they go about constructing different types of innings across the three formats. You're looking at three of the greatest players the game has seen," Root was quoted as saying by ESPNCricinfo.

"Virat is probably the most complete player out of the three of them across formats. His ability to chase things down in the limited-overs format and to pace it as well as he does as often as he does and be not out at the end is extraordinary. He's got a very good all-round game but you wouldn't say he's weaker against spin or pace," Root said.

The England captain said that Kohli had learned from his past mistakes and had handled the pressure of being India captain well.

"He obviously struggled on his first tour to England, but he scored really heavily when he came back. And, similarly, elsewhere in the world, he's put in massive performances. All that with the weight of India on his shoulders, as well," said Root.

Root called his England team-mate Jos Buttler as the best white-ball player the game has ever seen, though he felt that the world is yet to see the best of Buttler.

"The way he can play a number of different scenarios. He can just demoralize attacks and very quickly swing games massively in your favor," he said.