Kohli is a tremendous captain: Ganguly 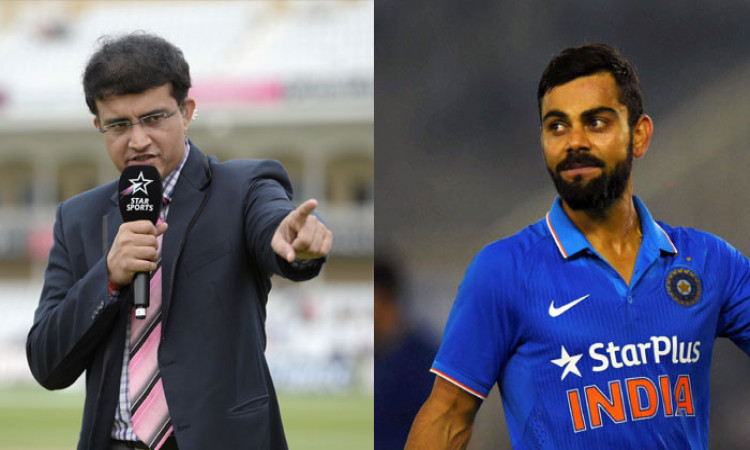 Aug 31( CRICKETNMORE) Former India captain Sourav Ganguly is all praise for skipper Virat Kohli, who could surpass M.S. Dhoni's record for most Test wins as India captain if the Men in Blue manage to beat West Indies in the ongoing second Test in Jamaica.

"He is a tremendous captain, and he is getting better and better. He was heavily criticised in the IPL but even then I had said that I believe he is a good captain. He captained well in the World Cup. It's unfortunate that India lost in the semifinal. But I think he has progressed a lot as a captain," Ganguly told reporters on Saturday on the sidelines of a teachers' conclave in the national capital.

He also said that rookie stumper Rishabh Pant (21) is a special player and India should be patient with him. Pant has come under the scanner due to the way he gets out, which has been termed as reckless by the fans and the commentators. Ganguly said that people should refrain from comparing him to veteran wicketkeeper Dhoni.

"Rishabh is not M.S. Dhoni, nor he will be in the next 3-4 years. It took MS 15 years to become what he is. MS is a special breed in Indian cricket. Rishabh is special too, his Test record is phenomenal," he said.

"I didn't expect him to be picked," he said.

According to Ganguly, going by the fact that Pant was selected in the West Indies, it was clear that the management was looking to give the Delhi youngster more chance.

"You can make out when they gave Rishabh a chance in West Indies that they want to persist with him. It is similar to when MS came in young, he was persistent," said the 47-year-old.

Ganguly also said that Dhoni's future in international cricket depends on what Kohli and the team management wants from him.

"I think Virat is very important in this situation. What he is communicating with Dhoni is very difficult to say and I don't think anybody should jump the gun and pass a statement. I've always said that when any player -- be it Diego Maradona, Pete Sampras, Sachin Tendulkar, myself or MS -- gets to that age, he gets into these sort of situations," he said.