Ranchi, Oct 22  India skipper Virat Kohli on Tuesday said he has congratulated Sourav Ganguly on becoming the President-elect of the Board of Control for Cricket in India (BCCI) and is happy over the development. 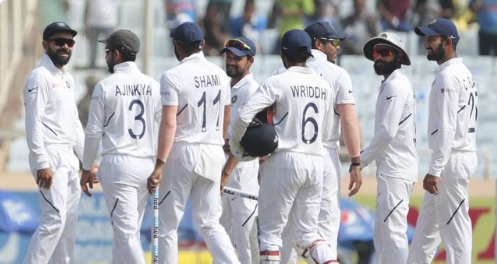 Speaking to reporters after India's historic whitewash of South Africa in the 3-Test rubber, which concluded here, the Indian run-machine also said Ganguly hasn't spoken to him about anything related to M.S. Dhoni's future.

"I congratulated him (Sourav Ganguly). It's great that he has become BCCI president. He will get in touch with me when he has to. I will go meet him when he tells me to. He has not spoken to me about that (MS Dhoni's future)," Kohli said.

Earlier, Ganguly had said he would talk to Kohli on October 24 when India's squad for the home Test and T20I series against Bangladesh will be announced.

Asked if a cricketer can take such a long break, he said: "I was nowhere in picture (when it transpired). So my first selection committee meeting will be on 24th."

Former India skipper Dhoni, 38, has been away from international cricket since India's exit from the World Cup after losing the semi-final clash against New Zealand. Dhoni later joined the Indian Army for two weeks and also missed the West Indies tour.