Kohli for 5 Test centres amid poor numbers on India stands 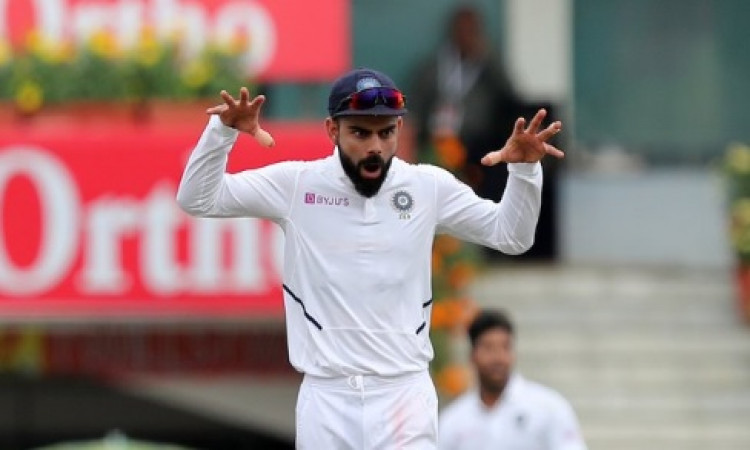 Ranchi, Oct 22  Even though India registered an emphatic win over South Africa in the third Test in Ranchi, skipper Virat Kohli was not impressed with the number of fans turing out at the JSCA Stadium in M.S. Dhoni's hometown and thus mooted the idea of having five dedicated Test centres in the country that will encourage people to come and watch the match at the stadia.

India completed their first-ever 3-0 series whitewash over South Africa as they defeated the Proteas by an innings and 202 runs in the final Test at the JSCA Stadium.

"In my opinion, we should have five strong Test centres. In Test cricket, teams coming into India should know that they are going to play at these five centres, these are the pitches and crowds to expect. It can't be sporadic and spread over so many places," Kohli said at the post-match press conference.

"I agree about state association, rotation, giving games and all of that. That is fine for T20 and ODI cricket.

"But when it comes to Test cricket, teams coming to India should know that they are playing at these five centres. So that becomes a challenge already when you are leaving their shores, because when we go to any place, we know we are having four Test matches at these venues," he added.

These comments from Kohli come after poor attendance of fans was witnessed during the course of the three Tests against South Africa at all the three venues in Visakhapatnam, Pune and Ranchi.

At Pune's Maharashtra Cricket Association Stadium where India achieved a record 11th consecutive Test series wins at home, only a handful of spectators had turned to witness the historic feat.

And in Ranchi, the Jharkhand State Cricket Association (JSCA) had managed to sell just 1,500 tickets before the start of the third India-South Africa game played at a stadium which has a capacity of 39,000