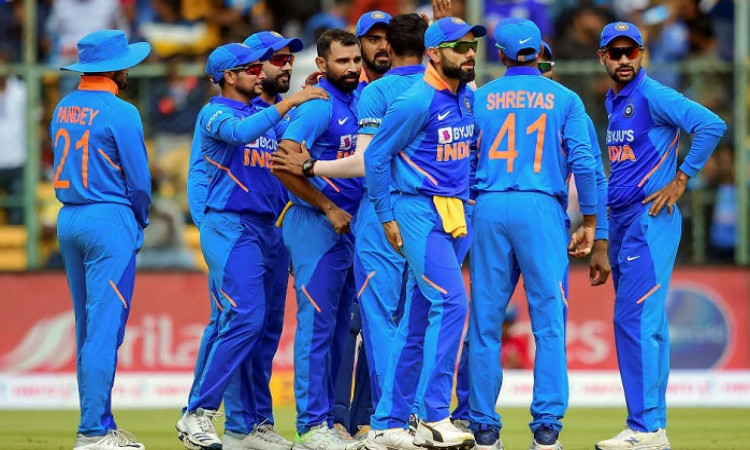 New Delhi, June 2:  The Cricket Association of Bengal on Monday came out with a proposal that players will have to undergo eye tests once cricket resumes in the post-coronavirus era. And it has now come to the fore that the Board of Control for Cricket in India (BCCI) has been doing the same with its players for the last three years.

Speaking to IANS, a BCCI official said that while it is a good idea on the part of the CAB, the contracted players of the BCCI have been undergoing the same process quarterly for the last three years.

"I think it is a brilliant move on their part because cricket is after all a game of reflexes and hand-eye coordination. In fact, Virat and boys have been undergoing eye tests quarterly for the last three years. It is a part of the drill for contracted players.

"You need to ensure that the eye-sight is your strength in this game and if anyone has a problem, you can always get lenses or glasses to sort it out. At the end of the day you are facing bowlers at 140kph and above and even if you miss sight for a fraction of a second, it can cost you," the official explained.

The coronavirus pandemic has brought cricketing activities across the world to a standstill and action might as well resume with the Indian Premier League. While there have been talks about the T20 World Cup in Australia in October-November, India head coach Ravi Shastri recently made it clear that countries should focus on domestic cricket at present.

Speaking to IANS, former Australia opener Matthew Hayden also said that he wasn't too confident about the World T20 with an eye on the pandemic. "The current situation in Australia is that a person is not allowed to travel in between borders, there's very little movement of people. So, at this stage it's very hard to see any kind of global tournament proceeding," he had said in mid-May.

"It will be a really good sign that the world is moving forward if the global cricket tournament can go ahead. So, my fingers are crossed that it does happen. But I am sure it won't happen if there's any medical risk to players and spectators."