Indore, Jan 8. India skipper Virat Kohli has added yet another feather to his cap by becoming the fastest player to score 1,000 runs in T20I cricket as a captain. Kohli played an unbeaten knock of 30 during India's seven-wicket win over Sri Lanka in the second T20I of the ongoing three-match series on Tuesday evening. 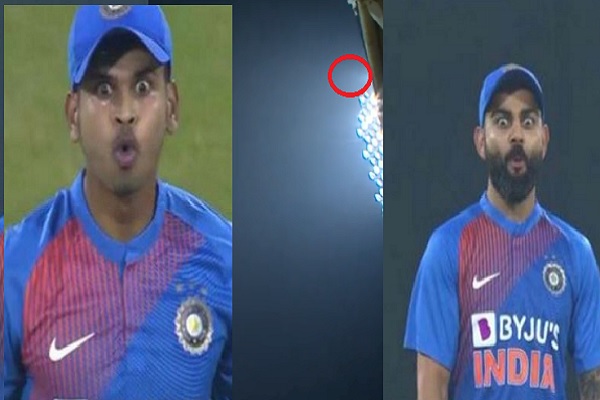 Kohli achieved the milestone of scoring 1,000 runs as captain in his 30th T20I inning. He is the second Indian and sixth overall after MS Dhoni to have achieved the feat. Dhoni had scored 1112 runs in 62 T20I games as captain.


Mackenzie Harvey to lead Australia in U19 World Cup

During India's emphatic victory at the Holkar Stadium, Kohli also surpassed team-mate Rohit Sharma, who has been rested for the series, as the top run-getter in the T20Is. Kohli now has 2663 runs from 71 innings.

India, already with an unassailable lead of 1-0 in the series, will now face Sri Lanka in the final T20I on Friday in Pune. The first match between the two teams was called off without a ball being bowled due to wet patches on the pitch in Guwahati last Sunday.