Kolkata, Oct 25: BCCI President Sourav Ganguly on Friday said skipper Virat Kohli is "agreeable" to playing Day-Night Tests contrary to talks that he is averse to the idea. Ganguly has been vocal abo 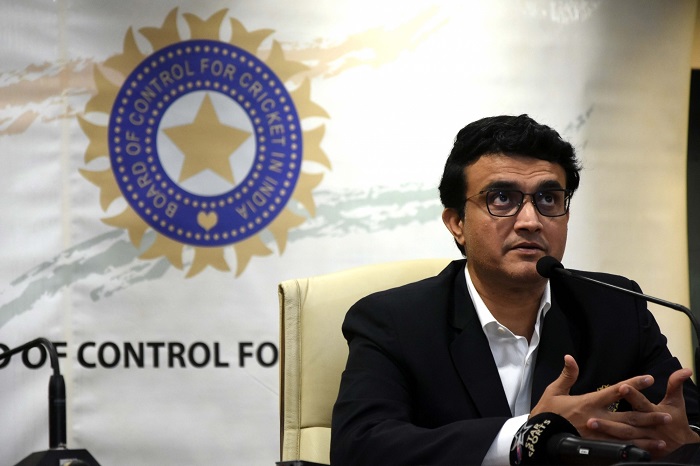 On Thursday, Ganguly met Kohli and India's limited overs vice-captain Rohit Sharma in Mumbai during the selection meeting for the Bangladesh series and it is believed that he spoke to them about the Day-Night Tests.

"We all are thinking about this. We will do something about this. I am a big believer of Day-Night Tests. Kohli is agreeable to it. I see a lot of reports in newspapers that he is not, but that is not true. The game needs to go forward and that is the way forward. People should finish work and come to watch champions play. I don't know when that will happen, but it will," Ganguly said at his felicitation ceremony by the Cricket Association of Bengal (CAB) at Eden Gardens on Friday.

Asked about the roadmap going forward, Ganguly said: "The team has done well, we might not have won big tournaments. So roadmap will happen with time. Indian cricket has a good structure and it has money."

"The IPL is the biggest league in the world, like EPL. It is in no way inferior than EPL in terms of eyeballs and the way it's run.

"My job is to help cricketers at all levels, first-class cricketers. My ambition is to make sure players who don't get to play for India, get the facilities. One of my ambitions is also to make cricket credible and clean.

"I don't know about my time frame, but by the time I leave all those who take over will be able to say he has left a healthy system behind," said Ganguly, who has to go for a mandatory three-year cooling off period after nine months.

On not getting the best players to work with him at BCCI due to Conflict of Interest issues, Ganguly said: "I can't change that. We have to request Supreme Court to do that. It's being done, status report has been filed and they said it needs to be relooked. Conflict has to be sensible. We need to keep that simple and I will take that forward. I don't want to lose big players."

Ganguly also spoke about his relationship with Kohli as BCCI President and captain, saying it has to be smooth always for the betterment of the game.

"It has to be a very good one. People don't see what happens inside," he pointed.

Ganguly wore his India blazer when he officially took over as President in Mumbai. "Since the time I finished as a cricketer, I wore too many fashionable stuff. I am happy I could get the opportunity to wear that blazer on the big stage since leaving the game. That crest on the left side will always be special," he smiled.