Melbourne, April 14: Looking forward to host India in the four-Test series towards the end of the year, ace Australia off-spinner Nathan Lyon has heaped praise on Virat Kohli and Cheteshwar Pujara and has termed them "superstar" and "new wall" of Team India respectively. 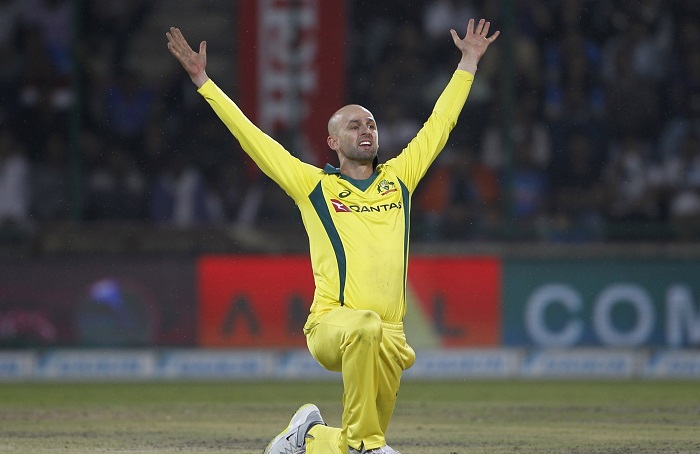 Lyon has revealed that he and his fast bowling teammates have been discussing what it would be like for Kohli to play without crowds if the Test series, slated to be played in December, goes as per schedule amid the COVID-19 pandemic.

"He's probably good enough to adapt to any scenario," Lyon was quoted as saying by ESPNcricinfo.

"But it's funny you say that. I was actually talking to Mitch Starc the other day and we actually said that if we are playing with no crowd, it'll be quite amazing to see Virat trying to rev up the seats. It's going to be a little bit different. But Virat is a superstar. He'll be able to adapt to any climate that we're able to play in," he added.

The veteran Australian spinner said that he is very excited about the prospect of India coming out to Australia as the Border-Gavaskar series is right up there with the biggest series alongside the Ashes.

"They're (India) an absolute powerhouse of the cricket world. Playing in front of crowds or no crowds is out of our control.

"We've got to follow the advice of all the amazing medical people around the world. I haven't thought about no crowds or massive crowds - it's just about the opportunity of playing against India again. They had the wood over us last time they came over here but we're a much stronger side at the moment."

In the 2018-19 series, Pujara was one of the main architects of India's famous win. He scored three centuries and was the leading run-getter in the four-match rubber.

According to Lyon, Australia need to reassess their approach to Pujara next time around.

"I think Pujara flies under the radar a little bit when you look at the Indian side," Lyon said.

"Obviously you look at Rahane and Virat and these guys. But Pujara is a wall. He's the new wall I should say. It helps that he played exceptionally well last time out here. He adapted his game. He had a bit of luck which is what you need when you're playing at the top level.

Recently, Australia head coach Justin Langer had said that the home Test series loss to India was the defining moment of his coaching career as it provided him with a much-needed wake-up call.