KL Rahul smashed an unbeaten 98 as Punjab Kings handed a heavy defeat to Chennai Super Kings in the 53rd match of IPL 2021 in Dubai. 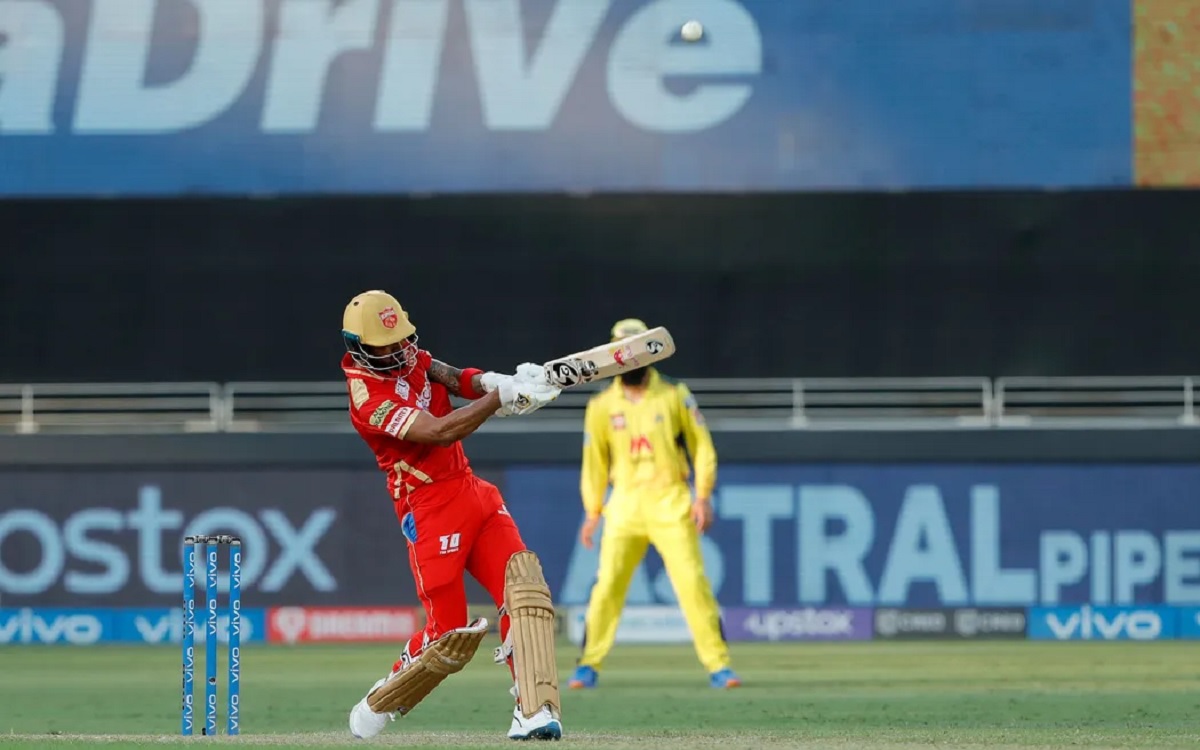 Chasing a modest total of 135, Mayank Agarwal and Rahul gave a terrific start as Punjab added 46 in 4.3 overs before the former got out scoring 12. Shardul Thakur, in the same over, removed Sarfaraz Khan for a duck as CSK sniffed a comeback.

However, KL continued to play aggressively at the other end. Rahul added 34 with Shahrukh Khan in 24 balls where his partner just scored eight. The same thing happened when PBKS captain added 49 in just 19 balls with Aiden Markram, where KL scored 29 while the South African made 13.

KL Rahul smacked a six to complete the run chase in just 13 overs and finish Punjab Kings' campaign on a high unless a mathematical miracle happens.

Earlier, CSK was asked to bat first and got off to a poor start as they lost Ruturaj Gaikwad and Moeen Ali inside the powerplay and could only score 30.

Chennai's middle order couldn't support Faf du Plessis much - who was the top scorer with 76. Du Plessis added 67 for the sixth wicket with Ravindra Jadeja where the South African scored the majority of the runs. Jadeja hit 15 off 17 balls as CSK managed 134/6 in the first innings.