KL Rahul must open with Rohit as Kohli is back at No. 3, says Laxman 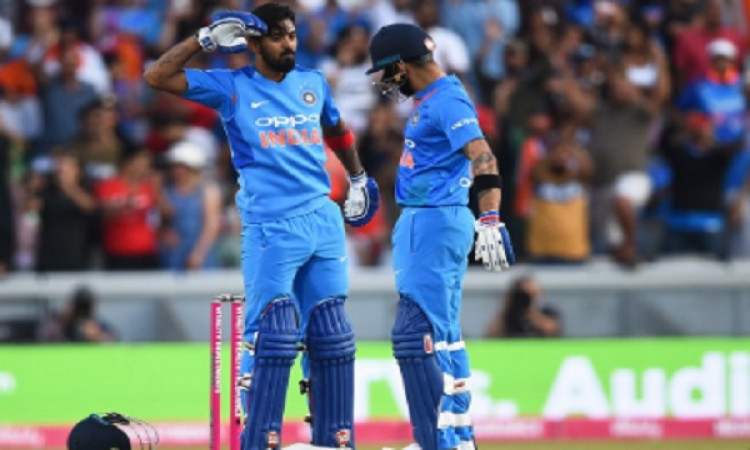 New Delhi, Nov 28  After a comprehensive win over Bangladesh in the two-match Test series, the Indian players will again move back to the slam-bang T20I format as they take on West Indies at home and former batsman V.V.S. Laxman feels that it will be interesting to see how the team management fits K.L. Rahul into the team as regular skipper Virat Kohli is back in the team after skipping the T20I series against Bangladesh.

Star Sports expert Laxman talking about KL Rahul on Game Plan said: "The big question is that with Virat Kohli back and K.L. Rahul doing a good job batting at number three so then where will he fit? I believe that it is time that K.L. Rahul opens with Rohit Sharma. I would definitely have Rahul open with Rohit for the West Indies Series."

After hitting 52 against Bangladesh in the third game of the T20I series, Rahul has now shown great form in the Syed Mushtaq Ali as well as he has scored two fifties in six games.

Laxman said he is also very impressed with the way Shreyas Iyer grabbed his opportunity in the series against Bangladesh. He feels that the way Iyer held fort in the final game of the series was impressive to say the least.

"I was very impressed with the way Shreyas Iyer has batted so far. The best part about him was when during the last T20 International in Nagpur when India lost their top 3 batsmen, he had the ability to assess the condition very well and was very versatile in his approach and when Rahul was the aggressor he played second fiddle and the moment Rahul got out and Rishabh Pant came to the crease under pressure and was not able to rotate the strike, Shreyas Iyer just registered that and changed his gear and that is what you want at a number four," he said.

The India-West Indies T20I series will start on December 6 and will be telecast live on Star Sports network from 6 p.m.