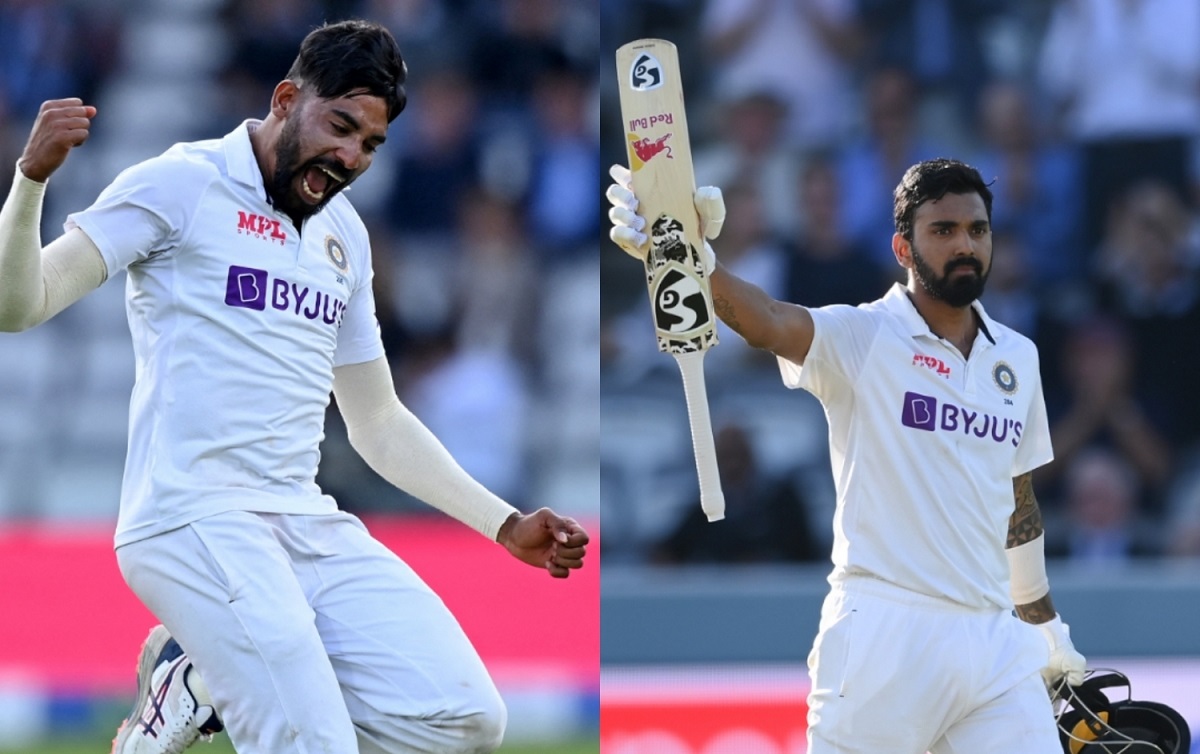 Rahul and Siraj were the chief architects of India's 151-run victory over England at Lord's in the second Test that ended on Monday, helping the tourists take a 1-0 lead in the five-match series.

Rahul was adjudged Player of the Match for his knock of 129 in the first innings. The 29-year-old opener, whose career-best is the eighth position attained in November 2017, has gained 19 slots to reach 37th place.

Siraj has climbed 18 places to reach 38th position. The 27-year-old pacer took four wickets in both innings of the Lord's Test. His total haul of eight wickets for 126 runs ensured that India sealed a win in a riveting Lord's Test.

Other gainers from the Lord's Test include England captain Joe Root. Root's unbeaten knock of 180 in the first innings has resulted in moving two places to be ranked second with 893 rating points, only eight less than top-ranked New Zealand captain Kane Williamson.

James Anderson moved one spot to sixth place after a five-wicket haul in the first innings. His fellow pacer Mark Wood jumped five places to be ranked 37th after taking five wickets in the match.

A thrilling first Test between West Indies and Pakistan in Kingston saw Pakistan skipper Babar Azam gain two slots to be placed sixth in batting chart after scores of 30 and 55. Faheem Ashraf and Fawad Alam also rose up to 48th and 55th places respectively.

West Indies captain Kraigg Brathwaite, who missed a first-innings century by three runs, has advanced 18 places to 45th. Jason Holder's brilliant all-round display saw him break into the top 10 of the bowling rankings, rising to ninth place. He also gained five spots in the batting rankings, moving to 43rd.

Jayden Seales soared up 39 places to the 58th spot in the bowling charts after his eight wickets in the match earned him the Player of the Match award while Kemar Roach moved up two places to 11th. Pakistan's Shaheen Afridi gained four spots to be placed 18th.