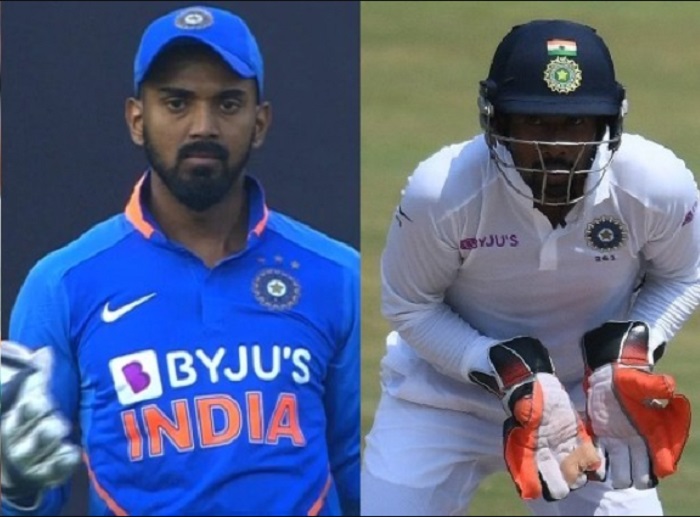 The Indian team management has been relying on Rahul to do the job behind the stumps in limited-overs cricket off late and with MS Dhoni calling time on his international career last Saturday, it is likely that the Karnataka cricketer will continue doing the job with Rishabh Pant also in the fray alongwith Sanju Samson.


IPL 13: Bowlers will have to be careful while facing Dhoni, warns Pathan

"He (Rahul) is not doing a bad job. He is doing well with the bat and behind the stumps. He is adjusting well, we have seen it in New Zealand," Saha, 35, told IANS in an exclusive interview here.

"He is such a good batsman too and he has worked hard on his keeping. This only augurs well for the Indian team," Team India's Test wicket-keeper added.

On Dhoni, Saha said his retirement did come as a bit of a surprise but it was always on the cards given that the iconic former captain has been away from the game since India lost to New Zealand in the semi-finals of the 2019 World Cup.

"He (Dhoni) is a legend on and off the field. He has never really taken a predictable decision. I have always seen him to be positive and there was never a negative bone in his body.

"It was a bit surprising. But Dhoni and (Suresh) Raina were not in touch as far as international cricket is concerned. So it was not out of the blue. People were guessing, now it has become clear," Saha opined.

Saha's India debut in 2010 -- in a Test versus South Africa in Nagpur -- was the only time in international cricket when he and Dhoni were part of the same XI.

"I have learnt a lot from him. We also had conversations on wicket-keeping and the game in general," said the Bengal stumper who has played 37 Tests and 9 ODIs for India.

Saha will leave for Mumbai on Wednesday to join his Sunrisers Hyderabad (SRH) teammates. The team is set to leave for the UAE on August 23 to take part in the 13th edition of the Indian Premier League (IPL) which begins September 19.

Asked if he has had any net practice during the lockdown period, Saha said: "No I haven't. I will look to get some when I reach the UAE as we will be having time. Here I could not take a risk as I have two kids at home and it is not safe. Also, there are not many places in Kolkata at the moment where I can go. There is a spike in COVID-19 cases too and we have lockdown days too," he concluded.