Kolkata Knight Riders (KKR) on Saturday snatched victory from the jaws of defeat against Kings XI Punjab (KXIP) at the Sheikh Zayed Stadium. Defending a target of 165, KKR conceded just 13 runs and took three wickets in the last two overs to win the match by two runs. 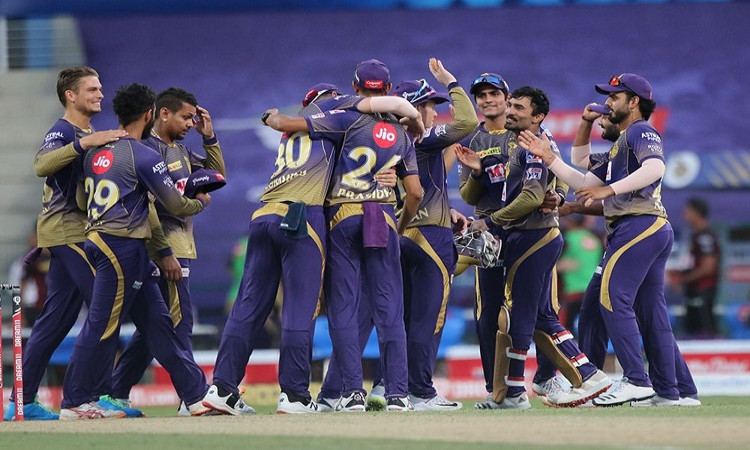 KXIP were cruising for much of the chase thanks to a 115-run opening stand between captain KL Rahul and Mayank Agarwal and were 143/1 at the start of the 18th, needing just 22 to win off 18 balls.

Sunil Narine (2/28) however conceded just two runs and took the wicket of the dangerous Nicholas Pooran (16) after which Prasidh Krishna (3/29) took two wickets, including that of Rahul (74), and conceded just six in the 19th.

It left KXIP needing 14 to win off the last over that Narine bowled. Glenn Maxwell (10) hit a four off the second ball and took a single to bring the deficit down to seven needed off the last two balls.

However, Mandeep Singh (0) holed out at deep midwicket which left Maxwell with having to hit a six off the last ball to take the game to Super Over. He almost went all the way, hitting the ball over cover but it landed just in front of the boundary and the umpire declared four.

Earlier, KKR captain Dinesh Karthik finally found form with the bat as he smashed 58 off 29 balls to take his side to 164/4 against Kings XI Punjab.

It was Karthik's first half-century in the ongoing IPL season, while Shubman Gill (57) too raced to his second fifty of the tournament.