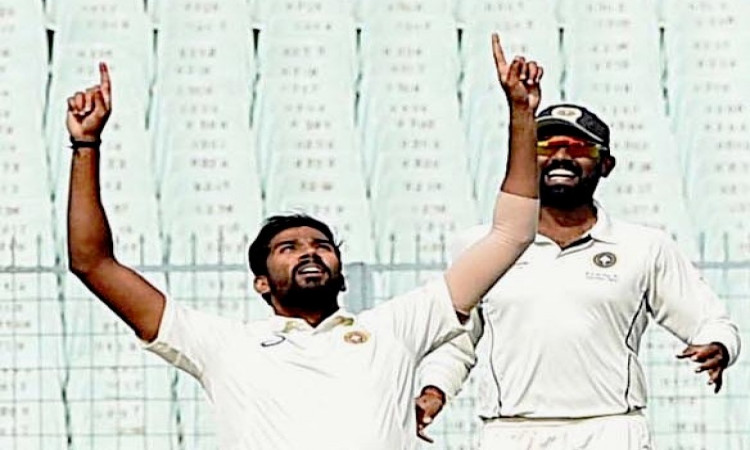 The 27-year-old medium-pacer was drafted in the squad after Kamlesh Nagarkoti was ruled out for this season of the Indian Premier League (IPL) due to a foot injury.

"Warrior has done really well in the domestic season. Our talent scouters watched him and recommended his name strongly," Salvi told reporters on the sidelines of KKR's practice session at the Eden Gardens.

"KKR has been blessed with a lot of unique and versatile bowlers. We are excited to work with them," he said.

Warrier took eight wickets in the recently-concluded T20 Syed Mushtaq Ali Trophy. During the domestic tournament, he also starred in Kerala's nail-biting win against Andhra by picking up a hat-trick.

With 12 wickets, he was also the highest wicket-taker for Kerala in the Vijay Hazare trophy this season. The 27-year-old has also been a part of the Royal Challengers Bangalore setup in the past.

In the Syed Mushtaq Ali Trophy, 24-year old Cariappa played a pivotal role in Karnataka's title triumph by taking 10 wickets at an average of 20.60.

"He did really well in the Syed Mushtaq Ali and throughout the year in Vijay Hazare too. He deserves a spot and that's why he is there. He has developed himself into a much better bowler," Salvi said when asked about bringing Cariappa back despite not getting success in his first attempt with the franchise.

KKR have a lot of variety in the bowling department, salvi said and added, with the Eden track having good bounce and carry, the two-time champions would look to thrive on the conditions.

"We have lot of variation in our attack. From what I have seen, the wicket has good bounce and carry," he said.

KKR will start their campaign with a clash against the Sunrisers Hyderabad at the Eden Gardens on March 24.