US fast bowler Ali Khan, who was part of the Kolkata Knight Riders squad, has been ruled out of the remaining Indian Premier League (IPL) 2020 tournament due to an injury. 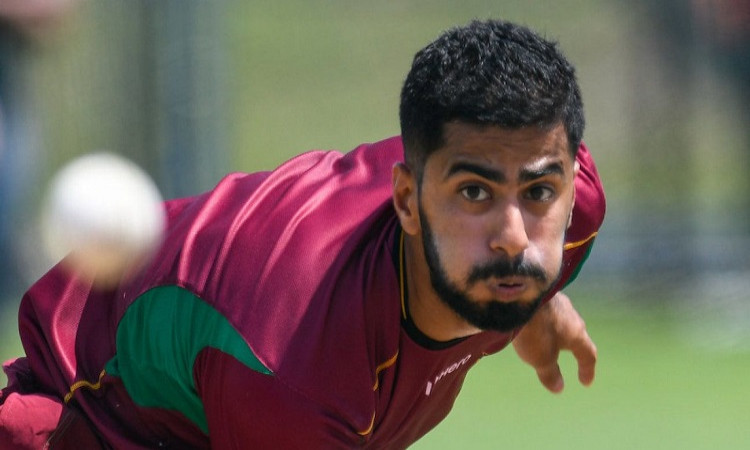 Khan had been brought in as a replacement for English pacer Harry Gurney, who had to undergo a shoulder surgery before the start of the tournament.

"...Kolkata Knight Riders signed up Ali Khan as a replacement for injured Harry Gurney. Khan became the first USA cricketer to be signed up by an IPL franchise. Unfortunately, Khan has since been injured and will miss the rest of the IPL 2020 season," an official IPL statement read.

Khan, the first player from the US to join an IPL franchise, was, however, unable to find a place in the playing XI in the four matches that KKR played till now in the tournament.

The right-arm fast bowler had come into the IPL on the back of a successful campaign at the Caribbean Premier League 2020 with the Trinbago Knight Riders -- the CPL franchise with the same parent company as KKR -- in which they won all 12 matches to seal the title. In the season, Khan took eight wickets in eight matches that he played.

The Dinesh Karthik-led side, with four points, is currently placed at the fourth spot in the points table and will next take on Chennai Super Kings on Wednesday evening at the Sheikh Zayed Cricket Stadium.