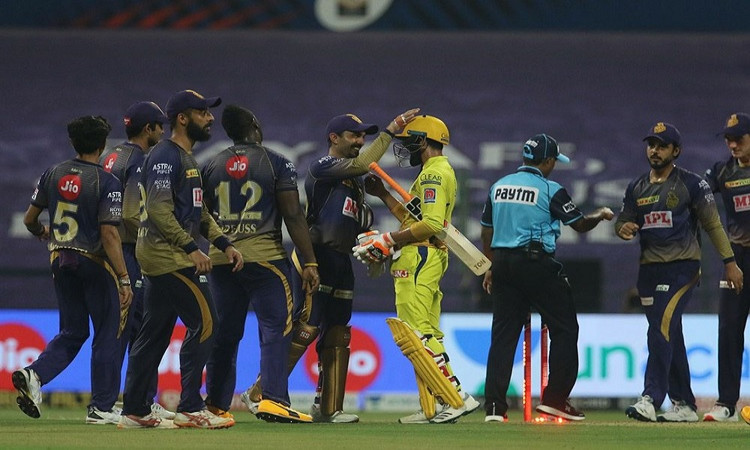 While CSK did well in the death overs to bowl out KKR for 167, the latter responded with death over masterclass of their own to restrict CSK to 157/5.

Chasing a target of 168 for victory, CSK had the upper hand until the start of the 17th over, when they had Sam Curran and skipper MS Dhoni in the middle and needed 44 to win off the last four overs. Dhoni fell to Varun Chakravarthy in that over for a 12-ball 11 after which Curran fell to Andre Russell off the first ball of the next over.

Kedar Jadhav and Ravindra Jadeja stayed in the middle for CSK until the end but the former's inability to get going hurt the three-time champions. Jadhav took five balls to get off the mark and could score no runs off the first two balls of the last over in which they needed 26 for victory.

It meant that KKR conceded only 33 runs in the last four overs, of which 14 came from six and two fours hit by Jadeja after it had become mathematically impossible for CSK to chase down the total in the last over.

Earlier, KKR's decision to replace Sunil Narine with Rahul Tripathi at the top of the order bore fruit as the Maharashtra batsman smashed 81 off 51 balls. Narine came in at No. 4 and scored a quickfire 17 off 9 balls before being dismissed thanks to a blinder of a combined catch from Ravindra Jadeja and Faf du Plessis.