Kings XI Punjab's Mayank Agarwal on Sunday scored his first IPL century in an epic opening partnership with captain KL Rahul against Rajasthan Royals at the Sharjah Cricket Stadium. Mayank reached three figures in 45 balls smashing as many as seven sixes and nine fours along the way. He was eventually dismissed on 107 off 51 balls by Tom Curran. 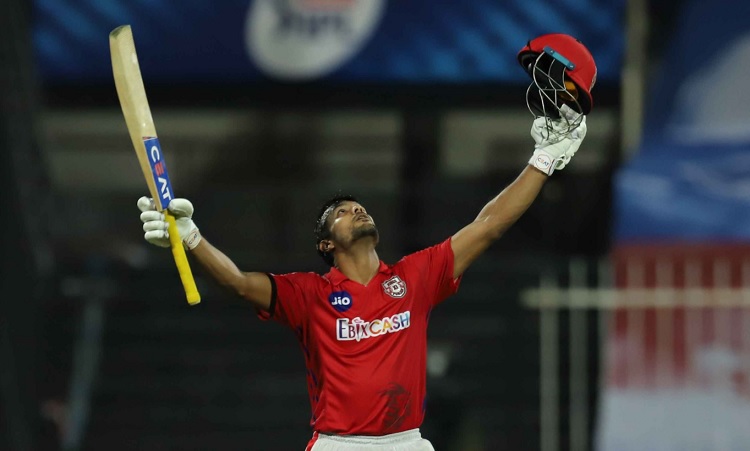 Mayank had earlier scored 89 in KXIP's opening match against Delhi Capitals and almost led his side to victory in the process. He followed that up with 26 in the next match which was dominated by Rahul's record 132.

Mayank on Sunday had put up 172 runs with Rahul when he reached his century. By the time he was dismissed, the partnership had swollen to 183. They were two short of the highest ever opening partnership in the IPL that was set by Jonny Bairstow and David Warner for SunRisers Hyderabad last season. This is overall the third highest opening partnership in the tournament, one run behind the 184 scored by Chris Lynn and Gautam Gambhir for Kolkata Knight Riders in 2017.

It is the highest ever opening stand for KXIP and the second highest overall for the team, behind the mammoth 206 put up by Adam Gilchrist and Shaun Marsh for the second wicket against Royal Challengers Bangalore in 2011.