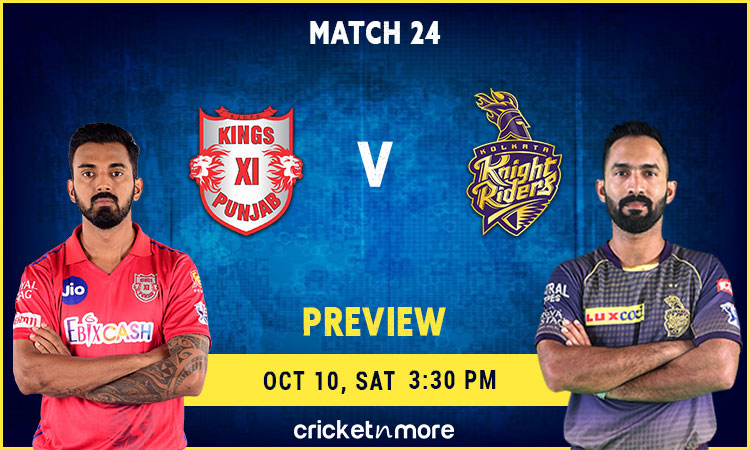 Kings XI Punjab faced another humiliating loss in their last match against SRH. The batsmen, while chasing, never got going and were bundled out for 132. One of the few positives for KXIP was the form of Nicholas Pooran, who scored 77 runs. Glenn Maxwell has underperformed this season and could make way for Chris Gayle in this match.

Captain KL Rahul was pleased with the death bowling in the previous game. Youngsters Ravi Bishnoi and Arshdeep Singh restricted the run flow in the last five overs and took wickets as well. All-rounder Deepak Hooda could come in this match to add more bowling options and variety.

Kolkata Knight Riders also faced a similar situation in their match against CSK where only Rahul Tripathi scored the majority of runs for the team. However, looking at the form of the players, there isn't much to worry about the batting line up. The only concern for KKR is the batting order, which is still unsettled.

Kolkata bowlers were on top the other night. They choked the run flow in the middle overs and didn't let CSK batsmen score boundaries in the death overs. Varun Chakaravarthy has been impressive so far with the ball. KKR is unlikely to change their winning combination for this match.

Kolkata Knight Riders have always been the dominating side against Kings XI Punjab over the years. In this match too, KKR is looking a much better team than the struggling KXIP. 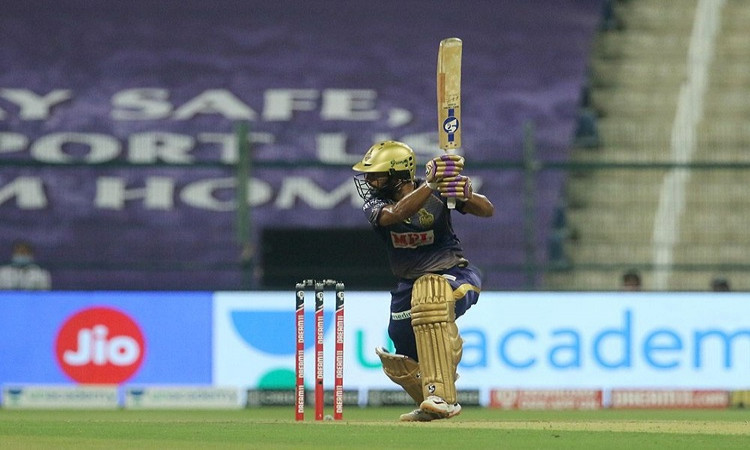 Kings XI Punjab - Anil Kumble, in the previous match, revealed that Chris Gayle was going to play but was not feeling well. He could be available for this match.

Kolkata Knight Riders - There are no injury concerns in the team as of now.

Weather Report: Temperature in Abu Dhabi during the day will be around 37 degrees celsius.

Pitch Report: In the last match played here between CSK & KKR, the pitch looked good for batting under lights. This being a day game, it might remain the same throughout the match and assist the batsmen. 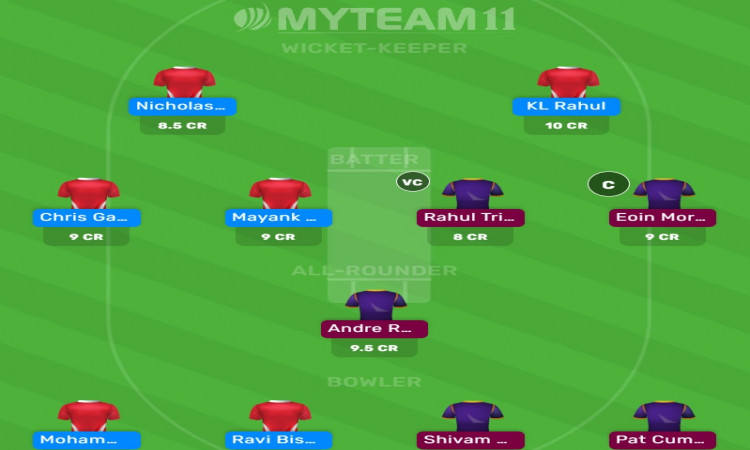