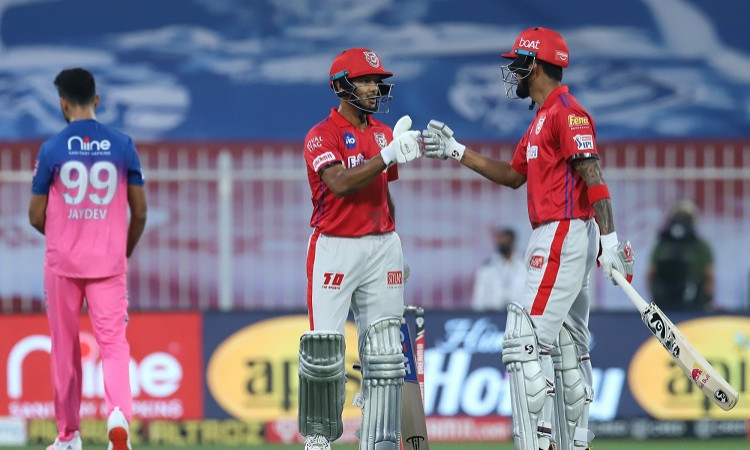 Mayank scored 106 from 50 balls, his innings punctuated by as many seven sixes and 10 fours. Rahul, on the other hand, scored 69 off 54, smashing seven fours and one six.

The partnership that the pair shared is the highest opening stand ever for KXIP and the second highest overall for the team, behind the mammoth 206 put up by Adam Gilchrist and Shaun Marsh for the second wicket against Royal Challengers Bangalore in 2011.

It is also the third highest opening partnership of all time in the IPL.

The stand was broken when Mayank holed out at deep midwicket off Tom Curran in the 17th over. Rahul went in the next over, falling to Ankit Rajpoot.

Glenn Maxwell and Nicholas Pooran then took KXIP over the 200-run mark with the latter smashing 25 runs in eight balls.