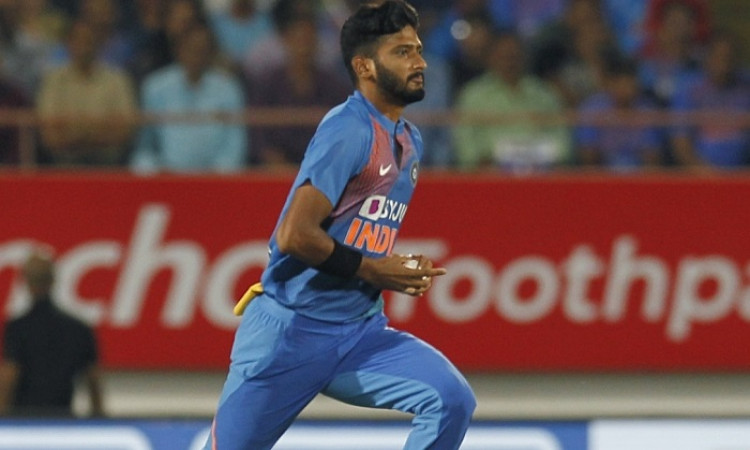 Rajkot, Nov 8: Left-arm medium pacer Khaleel Ahmed was trolled on social media on Thursday after being taken for seven boundaries in his last seven consecutive deliveries in the T20 international, when India took on Bangladesh in the second T20 here.

Indian bowlers led by Yuzvendra Chahal (2/28) made an impressive comeback towards the back end of the innings to restrict Bangladesh to 153/6 in their must-win second T20 after they lost the first rubber by seven wickets.

Put into bat, Bangladesh could not capitalise on a good start as Chahal's double breakthrough in the 13th over helped the hosts back into the contest.

But there was no joy for Khaleel who was slammed for three successive boundaries in the second over as Bangladesh raced to 54/0 after six overs.In the first T20I, Mushfiqur Rahim charged Khaleel for four consecutive fours in the penultimate over of the game.

He was trolled on Twitter as many made fun of his failure to leak the run flow. In the end, a quick-fire 30 off 21 balls by skipper Mahmudullah Riyad helped Bangladesh cross the 150-mark.

Pacer Deepak Chahar (1/25) and off-spinner Washington Sundar (1/25) did manage to stem the flow of runs but Khaleel's poor show continued.