India continued the red hot form they had shown in the first warm-up match against England, and defeated Australia by 9 wickets, chasing down the score of 152 with 13 balls to spare. With two comfortable wins, India would now be eyeing the T20 World Cup with the fabulous momentum they have going on for them. 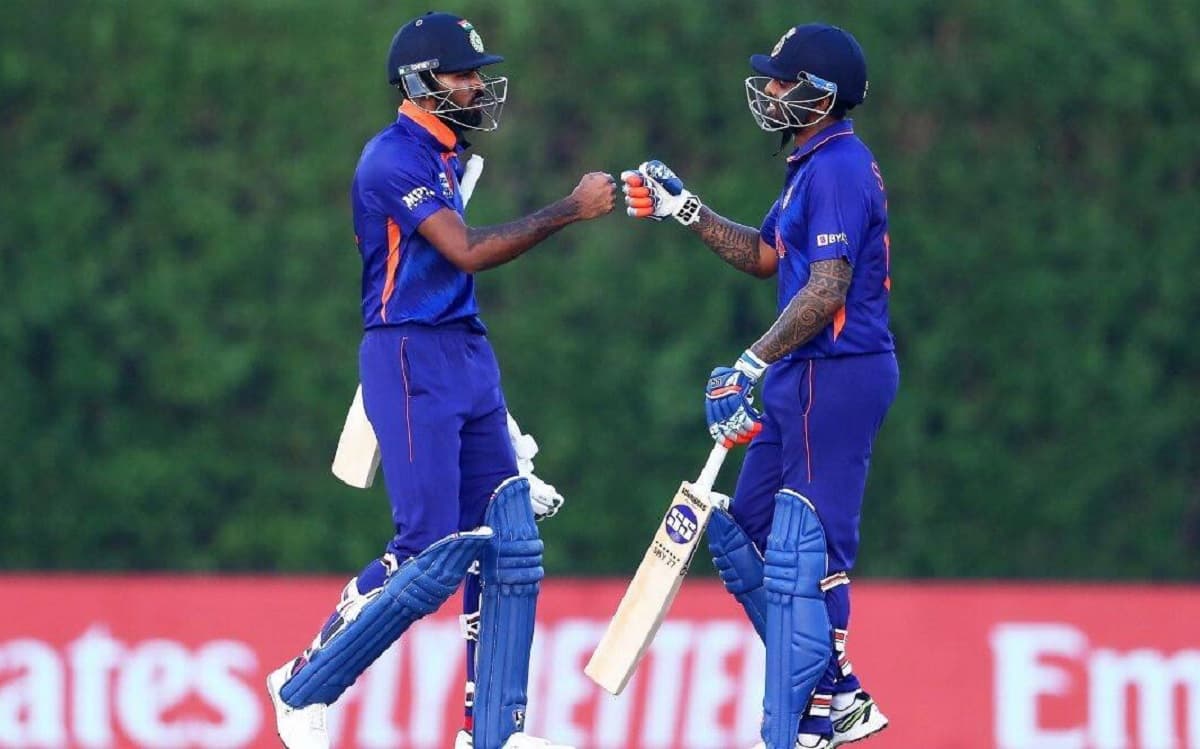 The scorecard looks like a ruthless Indian team completely routed Australia. Here are a few takeaways from India vs Australia T20 Warm-up match:


Pakistan Can Dominate India Despite Indians Having Played The IPL In UAE, Says This Pakistani Ex-Cricketer

All the debate going on regarding the opening pair for Team India has been more or less been brought to rest with this match. Rohit Sharma, who missed out on the first warm-up game against England, scored 60* runs off 41 balls, with 5 fours and 3 sixes. KL Rahul has continued his red hot form from IPL as he smashed 51 runs off 24 balls against England and 39 off 31 balls with 2 fours & 3 sixes against Australia. With this, it is almost confirmed that Rohit & Rahul would be first choice openers, with Ishan Kishan as the backup opener.

Suryakumar Yadav, who had a below-par run in the IPL 2021 2nd leg before their last match against Sunrisers Hyderabad. SKY failed to fire in the first match against England as well. However, he was sent in to bat at #3 against Australia so that he could get some time on the pitch to find his form. Surya scored 38 runs off 27 balls with 5 fours & 1 six. He played some spectacular shots which proved that he is too important an asset to be left out.

Varun Chakravarthy, India's trump card in this World Cup, had a rather disappointing first outing in this World Cup. He missed out in the match against England, and gave away 23 runs in 2 overs against Australia, without picking up a wicket. However, Varun was given only 2 overs, and it seems like India is saving the mystery bowler from exposure so that he remains a secret advantage.

Bhuvneshwar Kumar, who has been struggling for quite a time now, finally picked up a wicket in yesterday's match. However, he dismissed Steven Smith on the second last ball of the innings, when the batter was already looking to slog any length.

Bhuvi gave away just 27 runs in his 4 overs, which is an improvement from 54 runs he gave away in his 4 overs in the match against England. However, this experienced pacer still remains a big headache for Team India and they would be hoping for this pacer to regain his form as soon as possible.

5. Spinners' Bout To Cement Their Place In The XI

Another question that still needs some reflection, is who would be India's first-choice spinner to play along with Ravindra Jadeja. In the match against England, Rahul picked up 1 wicket but went for 43 runs in his 4 overs. Ashwin, who went wicketless, gave away just 23 runs in 4 overs.

However, in the match against Australia, Ashwin instantly put the Aussies on backfoot, picking up two wickets in consecutive balls in the 2nd over of the Australian innings. He dismissed Warner for 1 and Mitchell Marsh for a duck. With this, the bout between the spinners - Ashwin, Rahul Chahar & Chakravarthy has warmed up and it'd be interesting to see which spinner gets picked for the all-important match against arch-rivals Pakistan on 24th October in their first Super 12 match of this T20 World Cup.