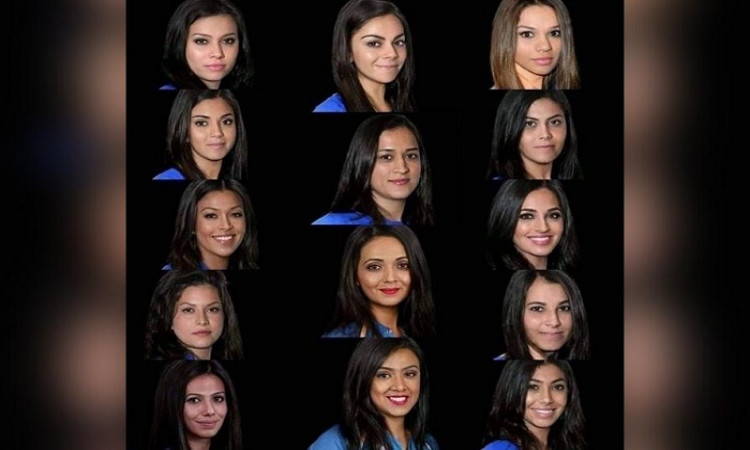 Not only that but Yuvraj went on to extent of asking his followers: "Who will you select as your girlfriend? I will reply tomorrow."

Former England cricketer Kevin Pietersen took note of this post and couldn't control his laughter. He posted a comment with just eight laughing emoticons and nothing else.

Leg-spinner Yuzvendra Chahal wasn't going to be left behind and he tried to pull Yuvraj's leg. He wrote: "I think you want yours too yuvi paa."

Earlier, Chahal had also done something similar but it was only for Rohit. His Tweet read: "So cute you are looking Rohitaaaaaaa Sharammaaaaa bhaiya."

Off the field, Chahal has made a name for himself on social media with his antics and not just his Indian teammates but cricketers around the world have taken note of it.

Who will you select as your girlfriend’?