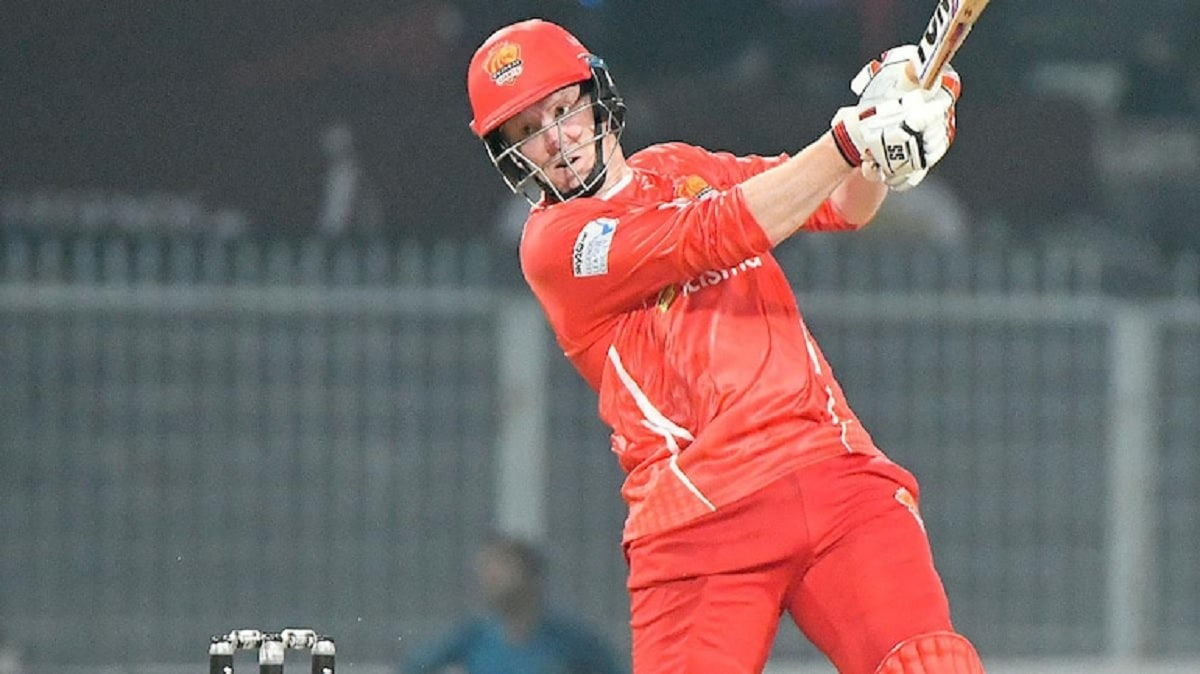 Two centuries and an exciting finish lit up the Eden Gardens on Saturday night in an electrifying contest between the GMR-backed India Capitals and Adani Sportsline's Gujarat Giants in the opening game of the Legends League Cricket 2022, which is being held in India for the first time.

It was a night of unexpected heroes, with Ashley Renaldo Nurse and Kevin O'Brien stealing the spotlight in a game that also involved Jacques Kallis and Virender Sehwag. First, it was Nurse who scorched the ground with an innings of 103 not out off 43 balls to help the Capitals post 179/7 in 20 overs. And while one thought it would be almost impossible for anyone to better Nurse's effort on the night, Giants' O'Brien came up with a fitting reply, smashing 107 off 61 balls.

In the end, the Giants emerged victorious by three wickets as they chased down the target in 18.4 overs, but not before some tense moments. Capitals' spinner Praveen Tambe, 50, came up with three late wickets, including two in the 19th over, to put the Giants under pressure. That the winning run came from a wide only added to the drama of an enthralling match.

Irishman O'Brien, who scored a fifty in Friday's exhibition match between India Maharajas and World Giants, spanked 15 fours and three sixes. He almost closed out the match before falling to Liam Plunkett in the 18th over. O'Brien was adjudged the Game-Changer of the Match.

After Giants' captain, Virender Sehwag invited the Capitals to bat first, the strong crowd at the ground must have expected to witness a Kallis special. But while the Capitals captain did not have a good day with the bat, failing to open his account, it was Nurse, who provided the fireworks.

The 33-year-old Barbados-born Nurse came in to bat at No.6 and treated the fans with an extraordinary show of big-hitting. It wouldn't be wrong to say that it was Nurse's healing touch that rescued the Capitals' innings after they were reduced to 74/6 by the 12th over. Nurse was rewarded with the Legend of the Match award.

The Giants, however, dictated terms initially with left-arm orthodox spinner KP Apanna bamboozling the Capitals batters with his craft. Like Nurse, Apanna proved to be quite an unexpected hero in a bowling line-up that had names like Mitchell McClenaghan and Graeme Swann.

But the 33-year-old, who played first-class cricket for Karnataka, stunned the Capitals by dismissing Hamilton Masakadza and Kallis in the third over of the innings. The dismissal of Kallis was a classic left-armer's delivery and foxed the batter.

Apanna finished with figures of 4-0-36-2, but it could have been better had a close lbw call against Nurse gone in his favour.