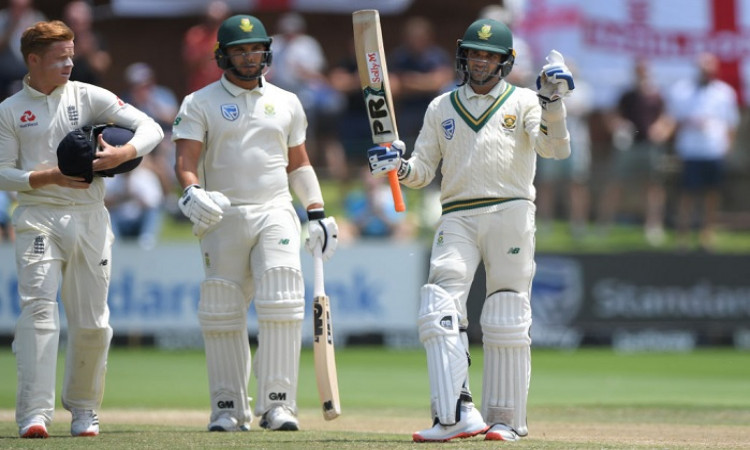 Port Elizabeth, Jan 20:  South Africa spinner Keshav Maharaj may be known for his wicket-taking ability but the 29-year-old on Monday showed his class with the bat after smashing England skipper Joe Root for 28 runs in an over in the third Test of the four-match rubber here.

During the 82nd over of the South African second innings, Maharaj started off by slamming three consecutive boundaries off the first three deliveries before hitting two balls into the park. The last ball went for four byes as Root's over resulted in 28 runs and this is the joint most runs scored in an over in the longest format.

The hosts lost the third Test by an innings and 53 runs as England took a 2-1 lead in the series.

The final match of the series will be played in Johannesburg from January 24.