Kent fielder Harry Finch violated Law 28 of the MCC's Laws of Cricket against Lancashire at Trent Bridge in One Day Final. 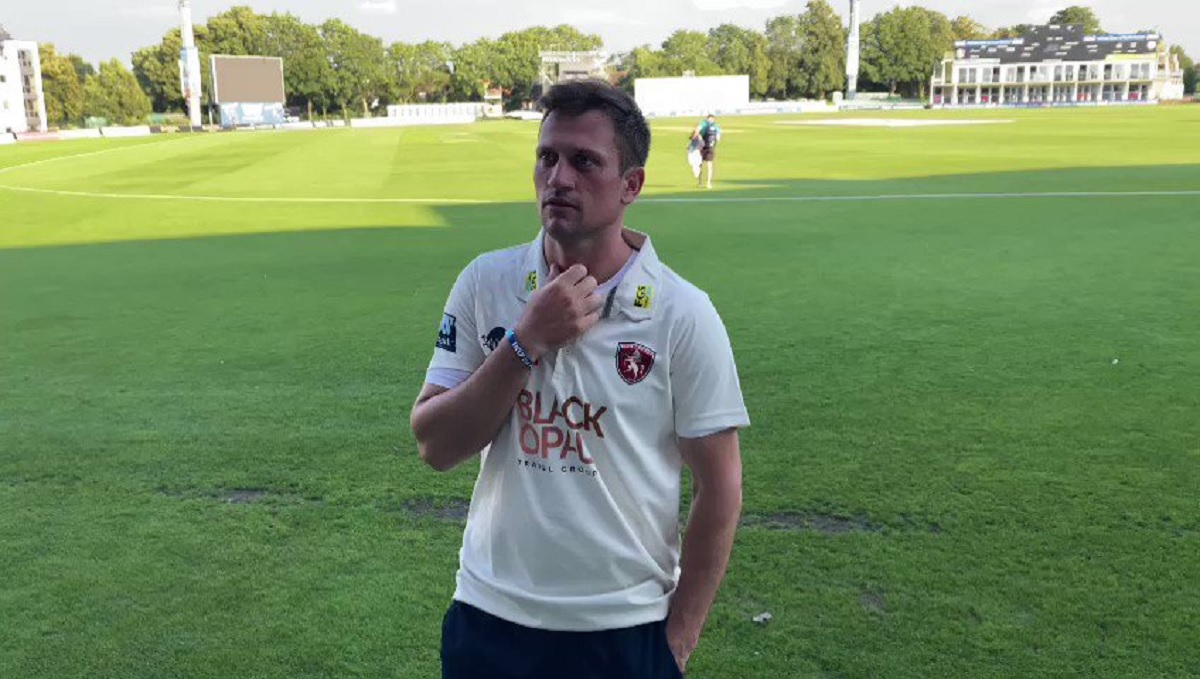 A bizarre incident took place in the One-Day Cup final at Trent Bridge, where Kent fielder Harry Finch picked up wicket-keeper Ollie Robinson's glove and used it to field the ball, leading to Lancashire being awarded five penalty runs.

Kent fielder Harry Finch violated Law 28 of the MCC's Laws of Cricket against Lancashire at Trent Bridge, said a report in mirror.co.uk on Saturday.

In the 21st over of Lancashire's innings, Steven Croft and Keaton Jennings went for a quick single, with Robinson flicking off his glove to chase the ball. As the wicket-keeper threw the ball in the direction of the stumps, the 27-year-old Finch curiously put on Robinson's discarded glove to gather the ball, thus violating Law 28 of the MCC's Laws of Cricket.

Reacting to the bizarre incident, former England batter Ian Ward said on Sky Sports, "No fielder other than the wicket-keeper shall be permitted to wear gloves or external leg guards. That's not allowed, it might be a bit of fun but actually it's not allowed.

Former England skipper Michael Atherton added, "I've never seen that before. I didn't even know the law actually, I didn't know that you couldn't do that." Luckily for Finch and Kent, the blunder did not cost them as they ultimately won the match by 21 runs and lifted the trophy."