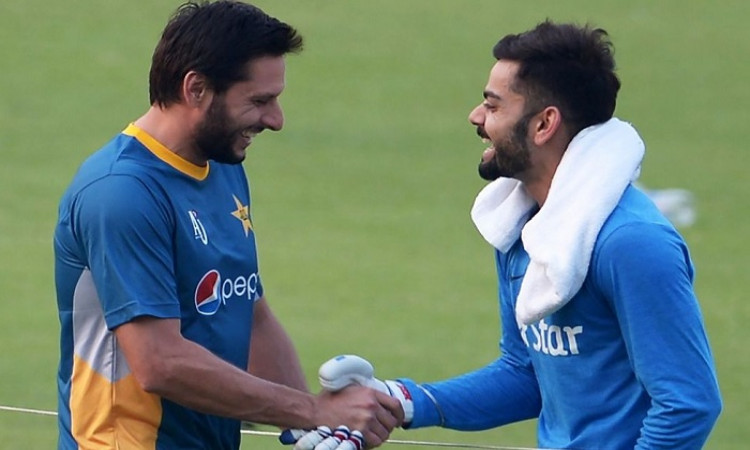 Kohli on Wednesday became the leading run-getter in T20Is as he led the Men in Blue to a commanding seven-wicket win over South Africa in the second game of the three-match series in Mohali.

The Indian skipper scored 72* off just 52 balls and smashed four fours and three sixes during the course of his sensational knock.

"Congratulations Virat Kohli. You are a great player indeed, wish you continued success, keep entertaining cricket fans all around the world," Afridi tweeted.

Kohli is now on the top in the list of leading run-scores in T20Is. He has 2,441 runs in the format while Rohit Sharma, with 2,434, is second in the list. Kohli is the only batsman in the world to have a batting average of above 50 in all three formats of the game.