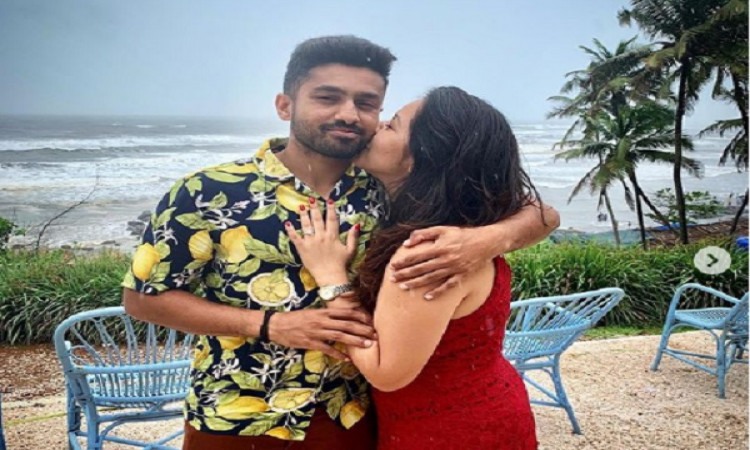 June 30 (CRICKETNMORE) Cricketer Karun Nair has announced that he has got engaged to longtime girlfriend Sanaya Takariwala. The 27-year-old, who shot into the limelight in 2016 when he hit a triple century in a Test match against England in Chennai, made the announcement on his social media accounts. "She said ‘YES," he said along with a picture of the couple.

His fiance also posted pictures of the couple on her Instagram handle. Karun is part of a long list of famous Indian cricketers who have tied the knot in the past two years, which also includes captain Virat Kohli.

Although he scored a triple century, Karun has been unable to cement a place for himself in the Indian team accross formats. He remains a mainstay in domestic cricket for Karnataka in the Ranji Trophy and limited overs tournaments. He is also a regular in the Indian Premier League and played for Kings XI Punjab last season.