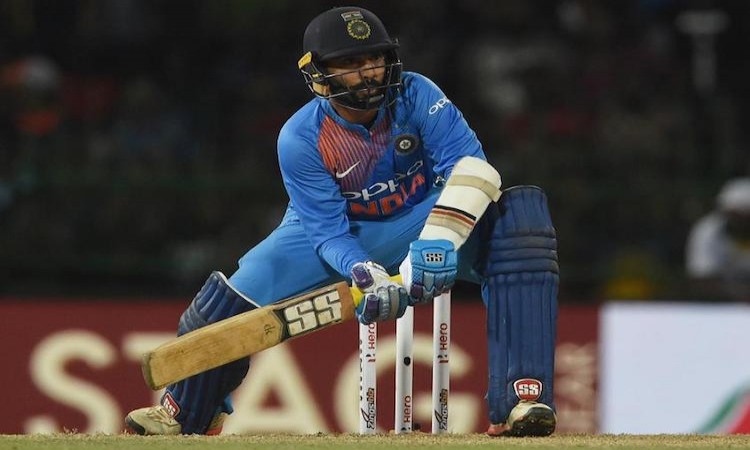 June 2 (CRICKETNMORE) - India's regular Test wicketkeeper Wriddhiman Saha has been ruled out of the upcoming one-off Test against Afghanistan in Bengaluru, the BCCI confirmed on Saturday. Dinesh Karthik has been named as the replacement for the Test beginning on June 14.

Saha, turning out for Sunrisers Hyderabad in the recently-concluded Indian Premier League (IPL), suffered a blow on his right thumb during the second qualifier against Kolkata Knight Riders and was forced to miss the tournament final against Chennai Super Kings, which his team lost by eight wickets.

"Wriddhiman Saha has been ruled out of the one-off Test against Afghanistan to be held in Bengaluru from June 14. Saha suffered an injury to his right thumb while playing for Sunrisers Hyderabad in the IPL Qualifier 2 against Kolkata Knight Riders on May 25 at the Eden Gardens," the BCCI said in a statement.

"He was under observation by the medical staff of the BCCI and the management has decided to give him adequate rest before the start of the England Test series. Saha's recovery period is expected to be around five to six weeks," the release added.

The Bengal stumper is the second Test regular to miss out on the historic match owing to an injury, after skipper Virat Kohli too was ruled out because of a neck injury he picked up in one of the IPL games earlier last month.

"The All-India Senior Selection Committee has named Dinesh Karthik as the replacement for injured Saha," the statement said.

Karthik last played a Test in Chittagong in 2010 against Bangladesh and ever since has been out of favour in Tests.

The Tamil Nadu stumper will aim to use the most of the opportunity to present his case ahead of the five-match Test tour to England next month.

During India's 2007 tour of England, Karthik played as an opener and had enjoyed tremendous success, scoring three fifties with a top score of 91 in the Oval Test.

With 263 runs, Karthik was India's leading run-getter in the three Tests on that tour.