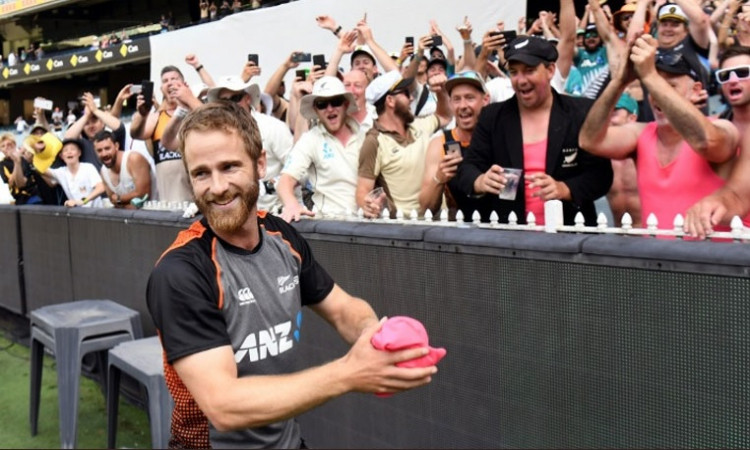 Melbourne, Dec 30:  New Zealand may have lost the series and the just concluded second Test against hosts Australia however, Kiwi skipper Kane Williamson won several hearts as he was seen speaking to a section of Black Caps' fans at the iconic Melbourne Cricket Ground (MCG) and thanked them for their support despite the consecutive losses.

"I know we are circled by authorities, and I hope you are all behaving. But the support around this Test match has truly been special and the guys hugely appreciate it. I imagine footballers feel a little bit like this, despite the result. But the passion has been truly inspiring. We want to thank you guys," Williamson said in his address to a section of the New Zealand fans at the MCG, where his team suffered a 247-run defeat on Sunday.

Meanwhile, the Kiwi fans also greeted their skipper with loud cheers. As the video went viral on social media, netizens praised Williamson for his heart-winning gesture.

"How good is that !!! What a star Kane is," a user tweeted sharing the video.

An another fan said: "King Kane! Every time he sets the bar so high being a leader and the way he carries himself. So much the younger generation and the current can learn from him."

The Williamson-led side will take on the hosts in the third and final Test in Sydney from January 3.