Just To Have Him Around Makes A Huge Difference For Youngsters: KL Rahul On Anil Kumble's Presence

Kings XI Punjab captain KL Rahul, who scored a century and guided his team to a win over Royal Challengers Bangalore (RCB), believes the presence of head coach Anil Kumble has been a great motivation for all the players in the squad, especially the youngsters as they can learn a lot from the experience of the legendary spinner. 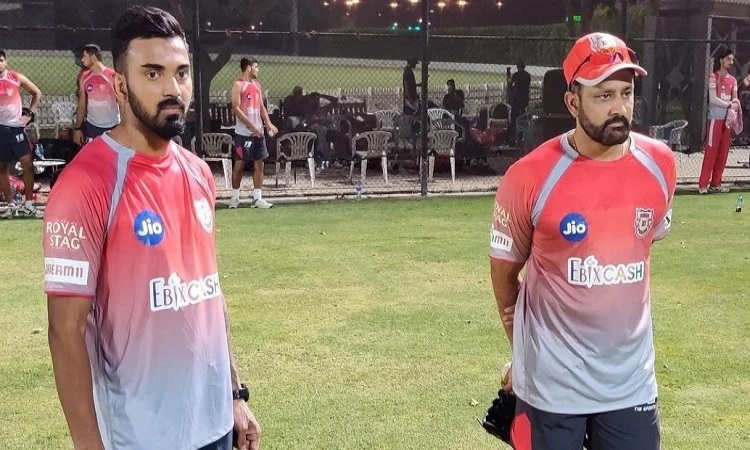 Against RCB on Thursday, Rahul played an unbeaten knock of 132 runs off just 69 balls, helping his team set a monstrous 207-run target which Kings XI defended successfully by bundling the Virat Kohli-led side for 109 in the 17th over.

During the ongoing Indian Premier League (IPL), one topic which has been discussed a lot has been the Karnataka connection between Rahul and Kumble and the 28-year-old feels it has worked in favour of the team.

"...It's important that the coach and the captain are someone who the team enjoys having around. Somebody like Anil Kumble comes in with so much experience. He has captained a franchise, he has been a part of teams and he has been involved with the league (IPL) for so many years," Rahul said on Amstrad InsideSport Face 2 Face cricket series.

"He understands exactly what the team goes through and what the players go through during these two months of IPL. He has been through it himself. He is now in a coaching job, it helps the team, and it helps a captain like me who is captaining the team for the first time to have his experience and someone like him to fall back on to bounce some ideas."

"Furthermore, we come from the same city and he has watched me grow, it's a huge help. He has been someone who has supported me and supported all the players from Karnataka. Just to have him around makes a huge difference for youngsters and for the guys who have been playing for a while because there is so much to learn from him," the Kings XI skipper added.

He believes that managing his batting, captaincy and wicket-keeping is as simple or hard as one wants it to be and that is the philosophy he goes by.

"For me, it has always been that I try to be in the moment, play one ball at a time whether in batting, captaincy or wicket keeping. I try to keep things simple. I am not a person who thinks too far ahead. I don't go into a game or a tournament with huge expectations.

"Everyone's keen to go out there and create an impact. Every time we talk in the dressing room it is always about believing in the process and the preparation and just after that, come game time we have to believe that we have done everything we could do," he added.

Commenting on the status of Chris Gayle, who still hasn't played in IPL 2020, Rahul said: "Chris Gayle has been the biggest match-winner in T20 cricket and to not play a match-winner like Chris is a very hard decision for us."

"The way he has come back after lockdown, the way he is batting, he is getting fitter and stronger by the day. He is striking the ball really well and some point in the tournament he will have a huge role to play," he added.