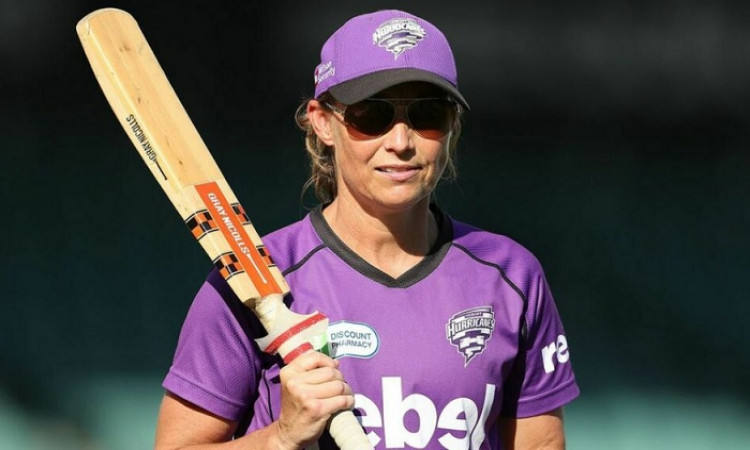 Brisbane, Dec 9: Former Australia wicket-keeper Julia Price has made history by becoming the first-ever female coach in the Big Bash League. Julia has been appointed as the assistant coach of Brisbane Heat for the upcoming ninth BBL season and will work alongside head coach Darren Lehmann, bowling coach Ryan Harris and coaching assistant Gavin Fitness.

Price, who played 107 games for Queensland between 1993-94 and 2006-07 and a further 38 for Tasmania, will officially link with the Heat at the January 1 night clash with Perth Scorchers at Metricon Stadium on the Gold Coast, said the franchise on its website.

She is currently the USA women's coach after previously coaching Tasmania and the WBBL Hobart Hurricanes for the first three seasons where they made the semi-finals on two occasions.

"I'm pleased the Heat have been able to go in a direction that we haven't seen yet in the BBL in having a woman on the coaching staff, but I don't believe it will be the last time it happens either. Hopefully, this works well for 'Pricey' and assists her with her role with USA Cricket in the future," said Julia.

"I'm very excited at this opportunity provided to me by the Heat,'' she said.

Lehmann said that Price would be a valuable addition to the team, more so with her tenure beginning after Harris joins the national U-19 team for the ICC Under 19 Men's Cricket World Cup in South Africa.

"We'd been chatting about whether there were some professional development opportunities for her through her USA role and we just went from there," Lehmann said. "She has an excellent cricket brain and plenty of experience as a head coach, so I can see her fitting quite neatly into our set-up," he added.

The ninth edition of the BBL will begin with the clash between Brisbane Heat and Sydney Thunder at The Gabba on December 17.