Josh Hazlewood suggests tweak in DRS use for Test cricket

Melbourne, Aug 13:  Australia quick Josh Hazlewood feels reducing the number of unsuccessful review to just one for each team as part of the Decision Review System (DRS) would have a better impact on Test cricket. 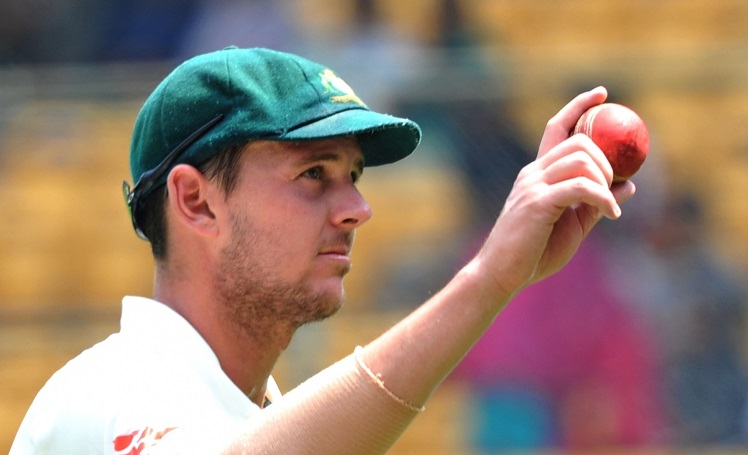 "I'd review them all day if I could but to have a better impact on the game, I think one might work better," Hazlewood said on part two of The Unplayable Podcast's Ashes Revisited series as quoted by cricket.com.au.

"If you just had one each per innings then people would use it totally differently.I think umpires can fall into a trap of umpiring a little bit differently depending on who's got reviews left and how many they've got.

"They've got to umpire based on nothing there as well, but if you just had one each you'd save it, you wouldn't use it early unless you were positive and that's what it's there for, that howler.

"In June, the game's governing body (ICC) had increased the number of unsuccessful reviews to three per side per innings from two. DRS was introduced in 2008 to eliminate the 'howlers'.

"People sitting at home in their loungerooms see it on slo-mo and all the angles and we have to make a decision 15 seconds after it happens and we see it at 140kph," he added.