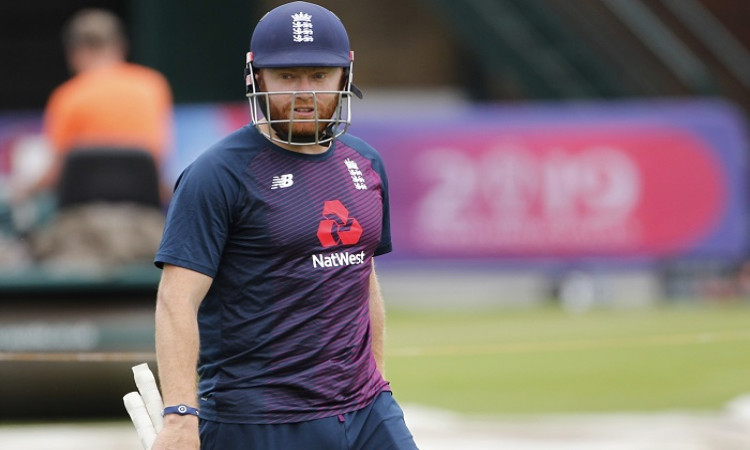 London, Nov 8: Wicketkeeper-batsman Jonny Bairstow has been added to the England squad for the two-match Test series against New Zealand as back-up for the injured batsman Joe Denly.

Denly, who sustained ligament damage to his right ankle in practice ahead of the first T20I at the start of the month, is making progress on his rehabilitation and is hoping that he will be fit to play in the three-day warm-up match starting on November 15, according to an ECB statement.

Bairstow will stay in New Zealand, following the conclusion of the five-match T20I series on Sunday in Auckland for the two warm-up matches against New Zealand Cricket XI starting in Whangarei on Tuesday.

The 30-year-old England's World Cup winning wicket-keeper was left out of original Test squad after a poor performances in the Ashes. He averaged just 23.77 from five matches with just one half-century.

At the time of the squad announcement for the New Zealand tour, Ed Smith, England's national selector, said Bairstow's exclusion was "an opportunity for Jonny to reset" but that he expected the Yorkshireman to come back stronger.